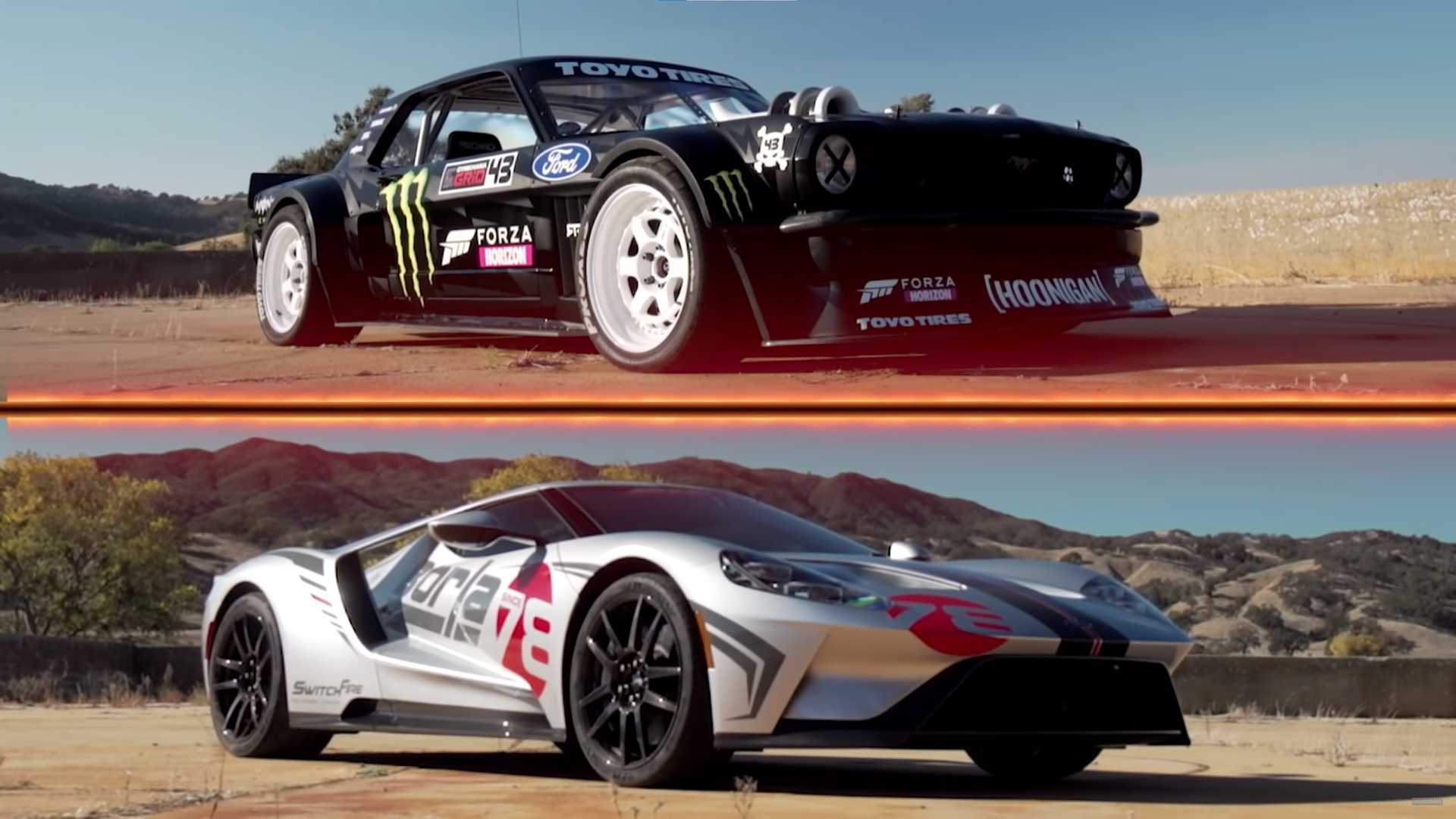 Delighted readers will probably hear about Hoonicorn vs World series so far. Inspired by Forza Horizon 4 players who raced a drag race between Hoonicorn and any other fast vehicle they could get their hands on, the guys from Hoonigan decided to turn that idea into real life. The final showdown puts the Ford GT Carbon against the pride and joy of Ken Block.

As the special Blue Oval model has a big difference in power, we’re starting to think these videos are more of an exercise in a car show, but we don’t complain; any gas station worthy of salt knows that it is a sight to see the fire of the Gymkhana machine from the hole.

By now you’ll already know about Ken’s hell machine; it has a 1,400-horsepower (1,043.9 kilowatt) twin-turbocharged V8 built by Roush Yates – the same ones that make NASCAR engines for Ford’s competitors – and powers its power to all four wheels. Meanwhile, the Ford GT Carbon has a dual EcoBoost V6 turbocharger that delivers 647 hp (482.4 kW). However, it would be negligible to mention that it also boasts carbon wheels, brakes and body plates. And it belongs to Dave Borley.

It is predictable that GT was decimated from the goal in the first race. After a similar result in the corner race, Ken decided to give the competition a 40 mph roll (64.3 km / h) as he started from digging. After the longest run we’ve seen for such an affair, the end result was predictably Hoonicorn followed by a GT.

Even after losing from such a beastly creation, Borla was not afraid to throw away some celebratory donuts. It’s a refreshing sight to see such a rare car being used to the extreme, not sitting in a garage, as they sadly end up. We can’t wait to see what other Forza vehicles the guys can find for the race against Hoonicorn.