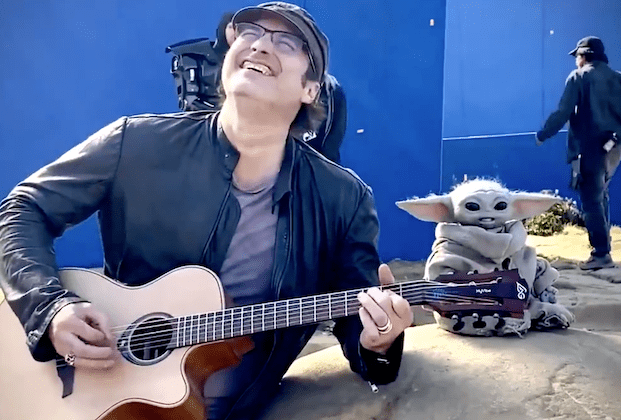 Director Robert Rodriguez – who hosted the sixth episode of Season 2, “Tragedy” – shared a clip on Twitter this Friday morning, just like Disney Gallery: Mandalorian premiered his behind-the-scenes look at his second year of Disney + hits.

In the clip below, Rodriguez drums a guitar on a set of “visible stones” at the Tython Temple, while Grog raises his head and at times even flickers a little:

Here’s a Christmas present to everyone who asked me what it’s like to hang out with Baby Yoda on set # TheMandalorian #TheTragedy. Check #DisneyGallery for more behind the scenes! pic.twitter.com/6ShINBxJAN

Disney Gallery: MandalorianA preview of one episode of Season 2 also takes you through the return of Bobe Fett, the creation and introduction of a live action by Rosario Dawson Ahsoka Tano, the construction of Dark Soldiers (there are people inside!), The practical reconstruction of Jabba Hutt’s Palace (including an explanation of why you know-who, ahem, gained a few pounds) and more.

Mandalorian production of season 3 should begin in 2021, after spinoff A book about Bobby Fett ends recording. Other Star Wars series on the way to Disney + (at some point) include Ahsoka,, Obi-Wan Kenobi,, Andor,, Bad series,, Rangers of the New Republic i Lando.