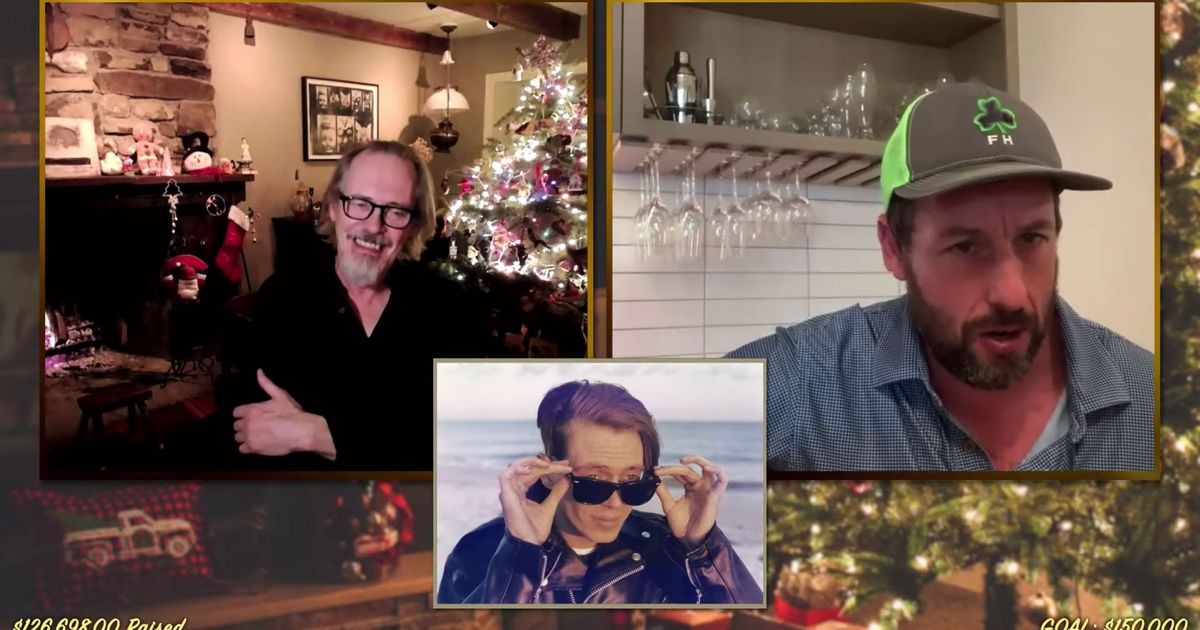 We already know, thanks to his love confession to Chris Farley, that Adam Sandler knows how to write a decent song dedicated entirely to one of his friends. During a charity event on December 22 called Fireside Chat with Steve Buscemi, Sandler delivered once again, this time to pay tribute to the host of the charity event and a frequent contributor to Sandlerverse. Towards the end of the event – around 2:08:00, if you want to skip that right – Sandler surprised Steve Buscemi by performing a new song he wrote about him and the characters he played, which included lyrics like “He went down with a ziplin hanging from just about his legs / And wrapped in an acting body / And even though I made fun of him in high school / He still shot Bradley Whitford in the ass. “It’s a short but sweet acknowledgment, in case“ Adam Sandler’s New Song All About Steve Buscemi ”found its way onto your Christmas wish list for 2020.

Elsewhere in the video – which includes performances by guest stars and colleagues from the film Sandler SNL scholarships like Chris Rock, Tim Meadows, Rob Schneider, Julie Bowen, Colin Quinn, David Spade, Rob Schneider, Kevin James and Kenan Thompson – there are few SNL remembering (skip to 1:36:40) where everyone is SNLthey look back at some of their favorite sketches from the NBC series. Sandler loves “Fred Garvin: The Male Prostitute,” Rock loves “The Thawed Caveman’s Lawyer,” Quinn is a big fan of Brian Fellow, and Meadows exclaims Thompson’s beloved and bizarre “What What With That?” sketches. We’ll forgive Meadows for accidentally calling the sketch “All That,” because to be honest, Kenan Thompson there is has been the driving force behind so many funny things for decades that it’s getting harder to keep track of.