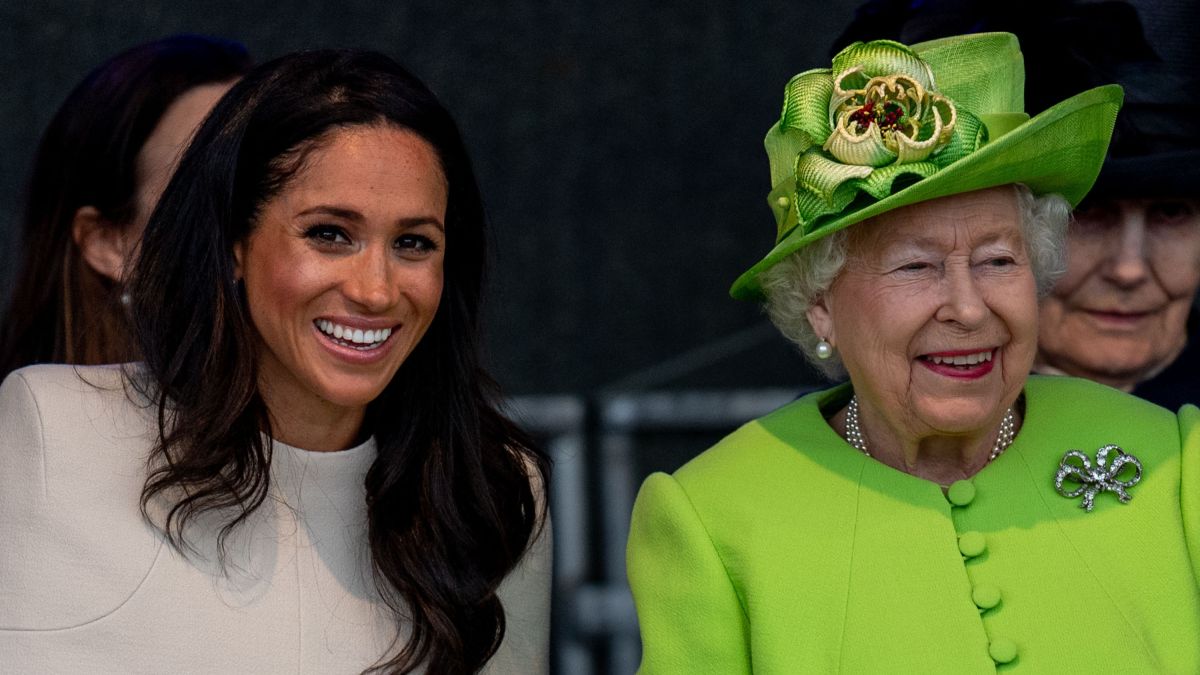 It is said that the Christmas present, which she gave to the Queen of Sussex in 2017 to the Queen, left the monarch in the awards.

Back in 2017, Duchess Meghan was invited to spend Christmas with the royal family just a month after she and Prince Harry announced their engagement.

Meghan first joined the family in Sandringham that year during the holiday season, joining them on their annual walk to St. Mary Magdalene Church on Christmas morning.

She also seems to have joined the royal tradition of giving each other impractical jokes on Christmas Eve – the perfect idea, we reckon, for a family that has it all!

In the spirit of the matter, Meghan reportedly gave the queen a singing hamster toy, causing the monarch to ‘burst out laughing’, claims The Star.

She reportedly commented, “It can keep my dog ​​company.”

At the time, a royal source also added: “Meghan brought for her majesty a little hamster singing with a small rope.

“It was so funny, especially when the corgis tried to get hold of the toys.”

But Meghan and the Queen aren’t the only ones who have obviously enjoyed the hilarious exchange when giving in recent years. Before Harry met his future wife, the Duchess of Cambridge gave him a ‘Growing Up Girl’ set as a Christmas present!

Of course, Christmas this year – as for everyone – will be a little different for the royal family.

The Queen and Prince Philip confirmed earlier this month that they would spend the holiday period “quietly” at Windsor Castle – in violation of their 32-year tradition of celebrating in Sandringham.

It is then thought that the rest of the family will spend today with their closest families – while Prince Harry and Meghan Markle will ring for the first time on Christmas and New Year at their new home in LA.