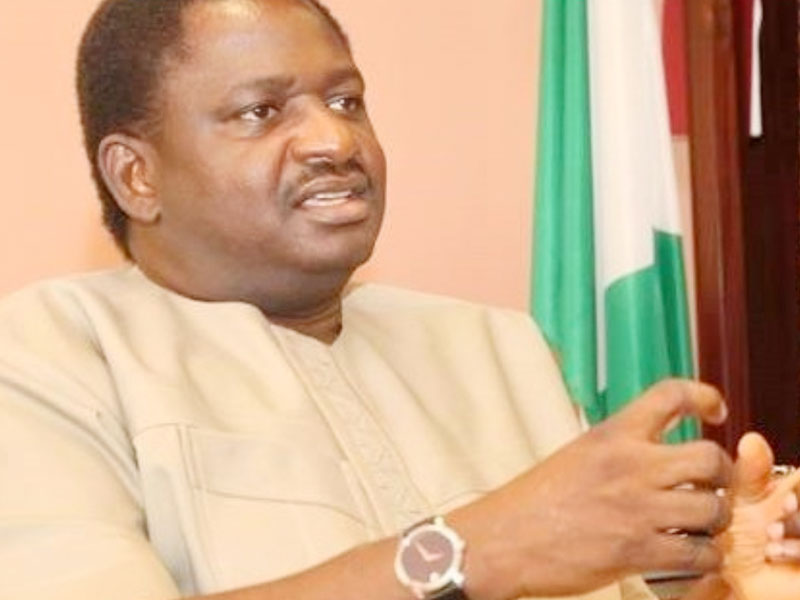 The presidency yesterday rejected an editorial in the Financial Times, a British-based international daily that described Nigeria as a country gradually approaching becoming a failed state.

Reacting to the editorial after inquiries THIS OPEN DAY, the president’s special media and public relations adviser, Mr. Femi Adesina, said: “Who makes the Financial Times ruler and judges us?”

The editorial of The Financial Times states that Nigeria is economically going backwards and is tormented by terrorism, illiteracy, poverty, robbery and kidnapping.

It was advised that if things did not go drastically, the country risked becoming a failed state soon.

In yesterday’s editorial titled “Nigeria Risks to Become a Failed State,” the FT called on President Muhammad Buhari to draw the line in the sand and strengthen his grip on the country’s security so he could stop the tide of insecurity in Nigeria.

The newspaper, which said the abduction and subsequent rescue of more than 300 schoolchildren in Kankar, Katsina State, revived memories of 276 Chibok schoolgirls abducted in Borno State in 2014, warned that Nigeria would become too big a problem for the world to ignore if anything. no work is being done to address the economic, security and population challenges in the country.

According to the newspaper, although the government’s claim that school kidnappers were not paid a ransom remains questionable, other acts of crime could not be overlooked.

The editorial read in part: “The government insists that no ransom has been paid. Skepticism is justified. In a country that is going back economically, car hijacking, kidnapping and robbery are among Nigeria’s rare growth industries. Just as the boys were heading home, Nigerian pirates abducted six Ukrainian sailors near the coast.

“The definition of a failed state is one in which the government no longer has control. According to this criterion, the most populous country in Africa is on the brink. “

Contrary to the government’s claim, Boko Haram was still said to be a constant threat.
The Financial Times said: “President Muhammad Bukhari declared Boko Haram a technical defeat in 2015.” It turned out to be imaginative. Boko Haram is still an ever-present threat. If the latest kidnapping turns out to be his act, it would mark the spread of a terrorist group from its northeastern base.

“Even if the mass abduction was carried out by ‘ordinary’ bandits – as it now seems possible – it underscores the fact of chronic crime and violence. Deadly clashes between livestock farmers and populated farmers have spread to much of Nigeria. In the oil-rich but poor Delta region, extortion by sabotaging pipelines is legendary. “

The newspaper said security is not the only area where the “state is failing”.

The editorial also highlighted Nigeria’s position as the country with the highest number of poor people in the world living on less than $ 1.90 a day and a fast-growing population estimated at 400 million in 2050.

The newspaper stated that as oil continues to lose value, the Nigerian economy will deteriorate.
It was said: “Extortion is a patent symbol of a state whose modus operandi is to extract oil revenues from the central treasury in order to pay for an inflated, ruinously inefficient political elite.

“The population, already above 200 million, is growing by a staggering 3.2 percent a year.

The economy has been stagnant since 2015, and the real standard of living is declining. This year, the economy will shrink by 4 percent after COVID-19 dealt an additional blow to oil prices.

“In any case, as the world gets greener, the elite’s struggle for oil revenue will become a game of declining returns. The country is desperate to put its finances, backed by foreign borrowing, on healthier feet. “

The newspaper said Bukhari, who has less than three years left, must use the rest of his term to redouble efforts to improve security.

He advised the government to restore confidence in key institutions, including the judiciary, security services and the election commission, which will chair the 2023 elections.

The Financial Times said the #EndSARS protests, led by Nigerian youth, are a glimmer of hope for the crowded youth population in Nigeria.

The newspaper also called for an urgent need for Nigeria to restructure its political system and concentrate on security, health, education, electricity and roads.

The Financial Times also warned that Nigeria desperately needs to put its finances, aided by foreign borrowing, on healthier feet.

The newspaper noted, however, that the country has the opportunity to achieve a generational shift in its leadership by taking advantage of a broad coalition that found political expression this year in the #EndSARS movement against police brutality.