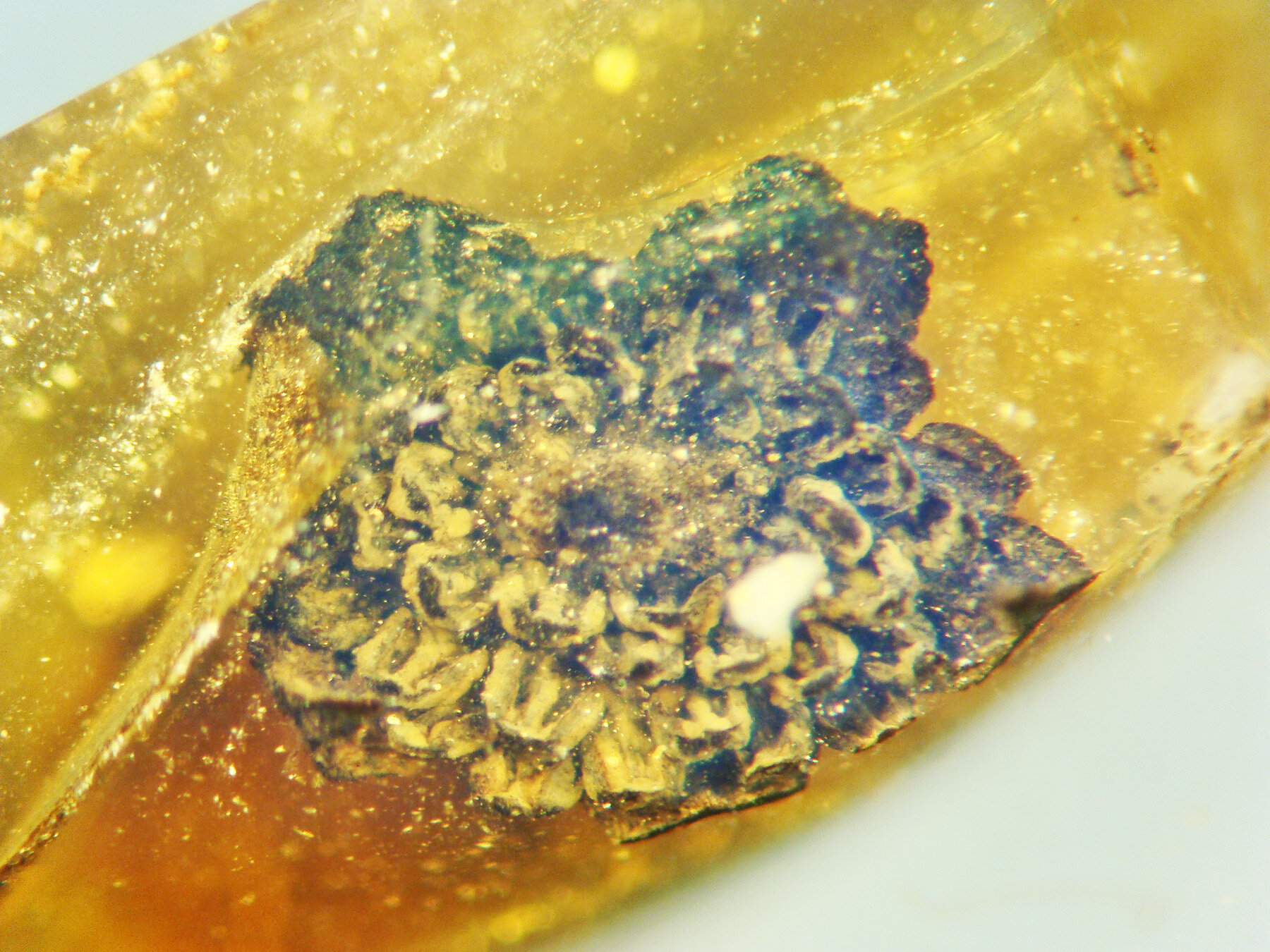 Researchers at Oregon State University have identified a spectacular new genus and species of flowers from the Cretaceous period, a male specimen whose Burmese amber froze the skies in time like sunbeams.

“This isn’t exactly a Christmas flower, but it’s a beauty, especially considering it was part of a forest that existed 100 million years ago,” said George Poinar Jr., an emeritus professor at OSU College of Science.

The findings were published in Journal of the Texas Botanical Research Institute.

“The male flower is tiny, about 2 millimeters in diameter, but has about 50 anthers arranged like a spiral, with anthers pointing toward the sky,” said Poinar, an international expert on the use of plant and animal life forms preserved in amber, to learn more about biology. and the ecology of the distant past.

The stamen consists of the anther – the head that produces pollen – and the thread, the stem that connects the anther to the flower.

“Even though they are so small, the details that are still left are amazing,” Poinar said. “Our specimen was probably part of a cluster on a plant that contained many similar flowers, some of which may be female.”

The new discovery has a hollow flower cup in the shape of an egg – the part of the flower from which the anthers originate; an outer layer consisting of six petal-like components known as tepals; and two-chamber anthers, with pollen sacs opening through lateral articulated valves.

Poinar and associates at OSU and the U.S. Department of Agriculture named the new flower Valviloculus pleristaminis. Valva is the Latin term for a leaf on a folding door, loculus means section, plerus refers to many, and staminis reflects dozens of male sexual organs on a flower.

The flower is framed by amber on the ancient supercontinent of Gondwana and floated on a continental plate about 4,000 miles across the ocean from Australia to Southeast Asia, Poinar said.

Numerous angiosperm flowers were discovered in Burmese amber, most of which were described by Poinar and Oregon colleague Kenton Chambers, who also collaborated on this research.

Angiosperms are vascular plants with stems, roots and leaves, with eggs that are fertilized and develop inside the flower.

Because the angiosperms evolved and separated only about 100 million years ago, the West Burmese bloc could not have separated from Gondwana before, Poinar said, much later than the date suggested by geologists.

Dinganthus sheds new light on the evolution of flowers