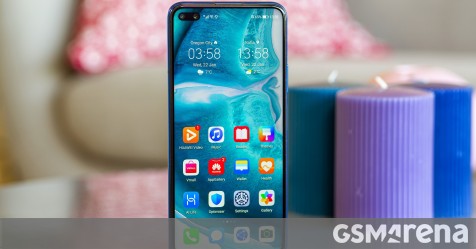 Honor is expected to unveil the V40 next month, and while we have yet to receive official confirmation of this, a Weib user claims the smartphone will become official on January 12th.

The same user also posted a screenshot of the beta test at 120 frames per second on the Honor V40, which confirms previous rumors about the V40 having a 120Hz screen.

The Honor V40 reportedly bears the code name YORK and has the model designation YOK-AN10. 3C certification has revealed that it will support 66W charging, and rumors say that it will be powered by SoC Dimensity 1000+.

Earlier this week, we also saw a display of the V40, which revealed that the smartphone will pack a curved screen with a tablet-shaped hole in the upper left corner into a dual selfie camera.

The rear will have a quad camera located inside the circular island, and the primary camera is rumored to use a 50MP sensor.