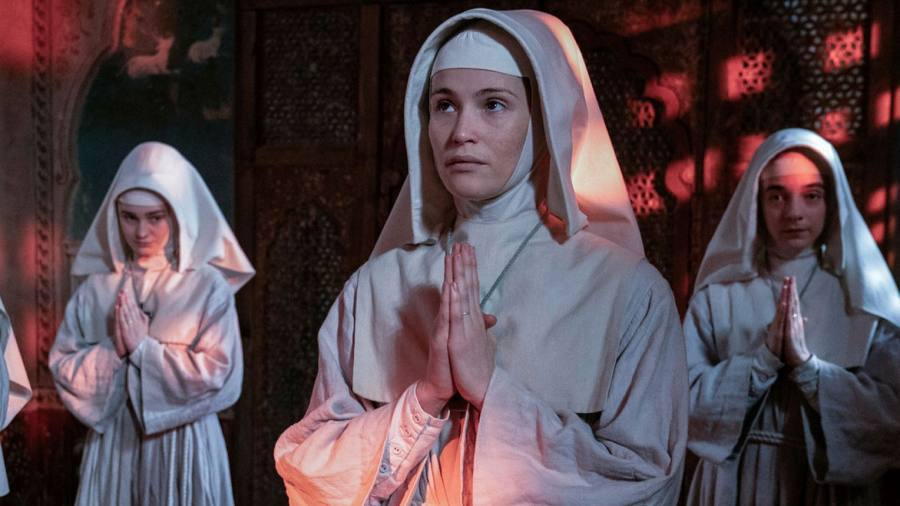 It may not be possible to improve perfection, but you can tweak it a bit and make it your own. An adaptation of Powell and Pressburger’s 1947 novel Rumer Godden is a morbid classic of repressed female sexuality, a harrowing tale of the doomed efforts of coterie Catholic nuns to establish a convent school in the Himalayas.

Filming on studio sets in Pinewood, rather than on location, gave the film a painterly, ethereal quality, extremely conducive to basic action and subjective focus. This was the India of the European psyche, not the real thing, which for the injured sisters remained forever out of reach.

The BBC’s new lavish adaptation, which lasted three nights, was partly filmed in Nepal, as well as, again, pleasantly, in Pinewood. The immediate question is whether the sweeping shots of drones and the backgrounds of real mountains add a lot of atmosphere. Not a large amount, it must be said. The windy Mopu Palace, high on the abyss, feels famous in its ominous ambience.

Sister Clodagh (Gemma Arterton), the youngest superior sister in the line, is tasked with rebuilding the dilapidated structure. The first job really should be to put a railing on that dangerous staircase and a railing in the dizzying bell tower located on the edge of the void.

The general whose palace it is also donated the services of his gloomy factotum, the rough Mr. Dean, who is ready to crumple some stains. In a shocking departure from the film, fully trained Alessandro Nivola decides not to sporty men’s shorts that were a feature of David Farrar’s original performance.

One thing had to be updated: the original use of black-faced white actors in Indian roles. Nila Aalia as the imaginary guardian Angu Ayah, Kulvinder Ghir as the general and Dipika Kunwar as Kanchi (Jean Simmons in the original) are excellent, while Chaneil Kular is the confusing Dilip Rai, a pearl overloaded prince who likes to be watered down in the title of fragrance. Soumil Malla is as wonderful as the boy-servant Joseph Anthony. In an outstanding example of casting for blind colors, Wayne Llewellyn plays a meditating sannyasi who seems so disturbing to Sister Clodagh.

But how, you wonder, can anyone match the unsuspected performance of Kathleen Byron, one of the most striking on celluloid, as an enemy of Sister Ruth from Sister Clodagh? Involving much younger actresses in these key roles, director Charlotte Bruus Christensen opts for a gentler, more psychological, less melodramatic view of their conflicts. Aisling Franciosi builds Sister Ruth’s smoldering rage with great subtlety and a physically expressed sense of hidden emotional pain.

High praise also goes to Rosie Cavaliero as the practical sisters of Briony and Patsy Ferran, whose vivid features act right under that veil. As for Arterton and Nivola, it is certainly three finals.

Listen to our podcast, A call from culture, where FT editors and special guests discuss life and art at the time of the coronavirus. Subscribe to Apple,, Spotifyor wherever you listen