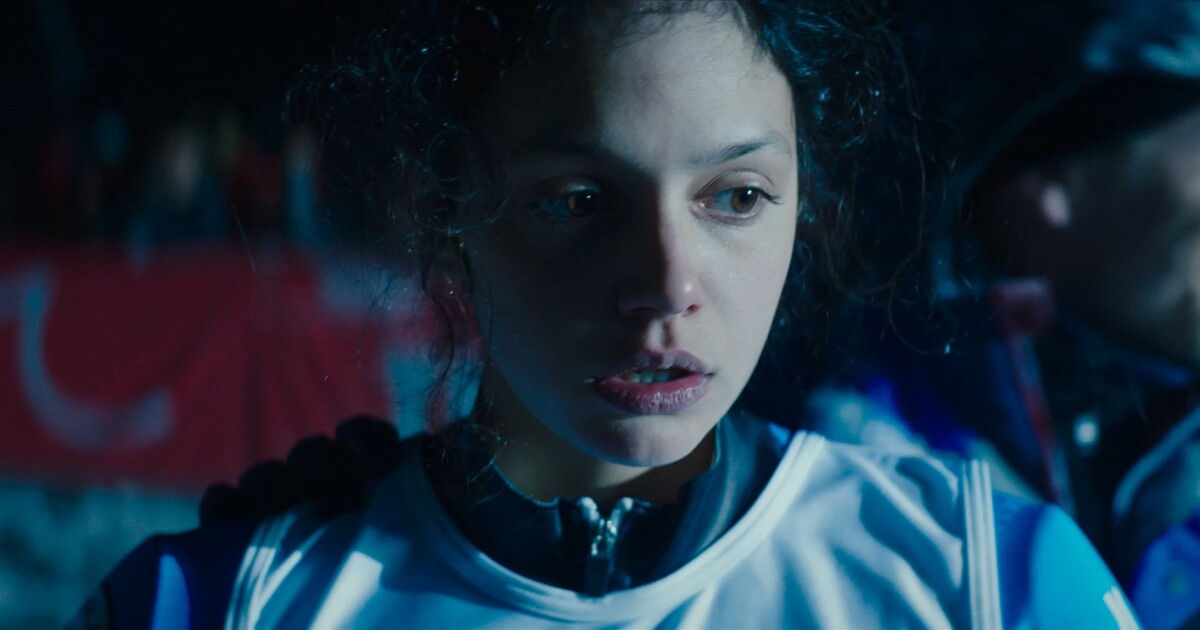 When Lyz (Noée Abita) is on the mountain, anything is possible. They gracefully soar over the snow on skis, rhythmically slaloming their way to the finish line, usually to victory. That time on the mountain exists in stark contrast to her daily life trainings as an elite youth athlete. At age 15, the supernaturally gifted Lyz has to move on with her own potential success regarding a violent relationship that develops with her coach Fred (Jérémie Renier).

“Slalom” is the directorial debut of Charlène Favier, who collaborated on the screenplay with Antoine Lacomblez and Marie Talon. It is an exploration of the conditions that create the dynamics that enable sexual abuse in youth sports. The ambitious, talented Lyz Fred is the perfect victim: her mother is casually negligible; her father was absent. Under the guise of her training, friendship and intimacy spring up. Her body is already under Fred’s control like a carefully calibrated machine, and when Fred attacks her, the question of her consent seems to be erased by his quick, physical, and expendable lust. It is true that her consent was revoked at every weigh-in, every meeting about her grades, every celebration of victory.

Favier maintains a laser focus on Lyza’s subjective experience, an honest and unwavering eye on moments both euphoric and destructive. Camera cameraman Yann Maritaud stays alongside Lyz as she flies down the mountain, in a truly breathtaking ski cinematography (set on an ambient electro-score composed by Alexandre Lier, Sylvain Ohrel and Nicolas Weil), as well as in her most terrifying, confusing and isolating moment with Fred. Favier carefully dissects the complex dynamics of power in the game, as well as the emotional devastation that results from abuse. It is an honest, and surprising, even hopeful portrait.

In French with English subtitles