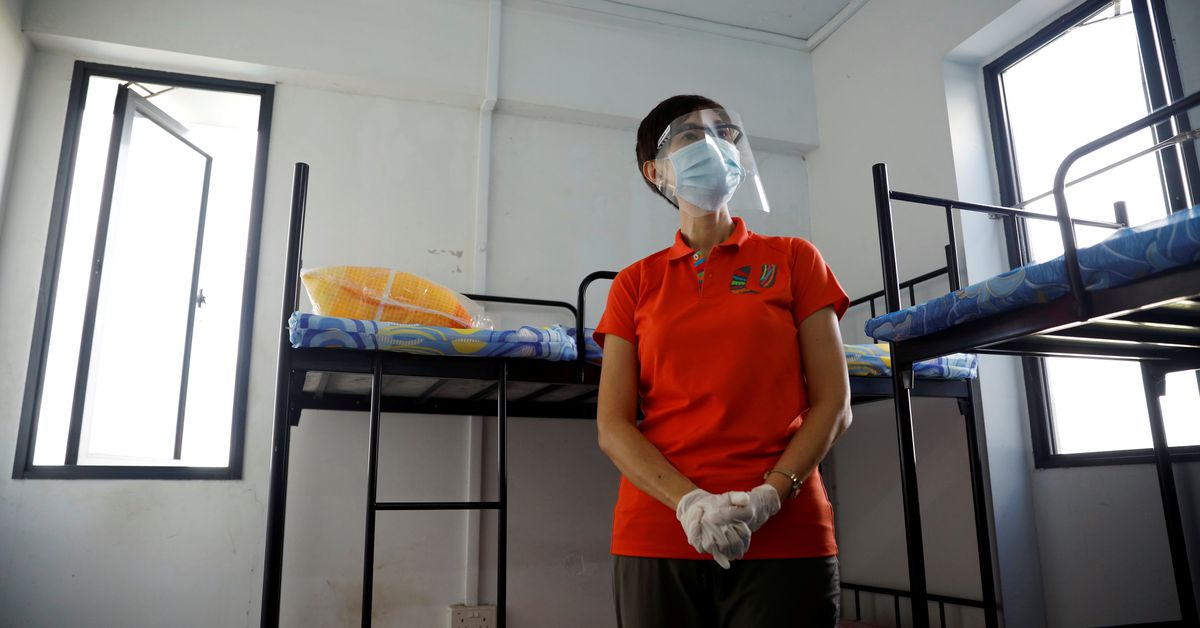 Singapore is quarantining more than 1,100 migrant workers after about a dozen cases of COVID-19 were found in a dormitory and was investigating the possibility of reinfections among those who had recovered from the virus.

More than 1,100 dormitory workers will be quarantined in government facilities for 14 days, the dormitory operator said in a letter to customers released on social media.

Authorities conducted COVID-19 tests on dorm residents after a worker tested positive on Tuesday during the routine test.

The worker had received a second dose of vaccination a week earlier and his roommate was also positive.

So far, at least 10 recovered workers have tested positive for COVID-19.

“These cases were immediately isolated and forwarded to the National Center for Infectious Diseases (NCID) to investigate possible reinfection,” the human resources ministry said in a statement released on Wednesday.

A Reuters journalist saw about 10 buses lined up near the dormitory complex on Thursday, taking dozens of men out of the complex.

Most of the more than 60,000 cases of COVID-19 in Singapore occurred in dormitories that house tens of thousands of low-income workers, mainly from South Asia, causing facilities to be blocked last year.

Singapore has largely controlled the virus locally and is also implementing vaccines. The report last reported more than 10 cases in a single day among dorm residents in September, with almost no new infections in the past few months.

The health ministry said earlier that vaccines were effective in preventing symptomatic diseases, but more research was needed to see if they also prevented progressive transmission.

Concerns have grown with new variants of the virus and the effectiveness of existing vaccines against them.

Although the potential for reinfection already existed, these cases occurred earlier than expected, said Hsu Li Yang, an infectious disease specialist at the National University of Singapore.

Dormitory workers are still separated from the rest of the population, usually only allowed to leave their homes to work.

Meanwhile, the Singapore Ministry of Transport has said it expects a long-delayed air travel bubble with Hong Kong to start soon, but no date has yet been set. Read More