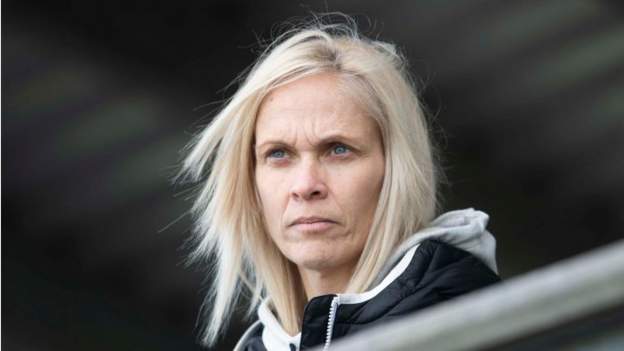 Scottish School head coach Shelley Kerr has given up the role.

Kerr, named in 2017, led the women’s national side until their first appearance at the World Cup last year – their second grand final in a row.

However, the Scots missed out on qualifying for Euro 2022, and Kerr says “the right time for me to look forward to the next chapter”.

The Scots advanced to two major finals in a row with their first appearance at the World Cup last year and were on track to knock out the knockout phase with a 3-0 lead against Argentina.

However, the late collapse meant Argentina secured a 3-3 draw, and controversy surrounded the outage from the campaign, and Kerr admitted he would “do things differently” after the players in the meeting the day after the relegation were narrowed.

Scotland’s hopes of qualifying for Euro 2022 were dashed after a defeat by Finland on Easter Road earlier this month.

Kerr was due to end his contract after qualifying for the Euros, but her decision to step down follows talks with Maxwell in which “both sides agreed it was time for the new head coach to allow preparations for FIFA’s Women’s World Cup 2023 qualifying campaign” .

The outgoing head coach said she was “deeply disappointed” that she missed qualifying for Euro 2022, adding: “There were huge expectations around the whole team, based on our recent successes, but I couldn’t be more proud than leading the team – as well as the team behind the team – to the Women’s World Cup.

“I thank the Scottish FA and everyone who supported me in realizing my dream of leading our country to the World Cup finals for the first time. I am proud to have played a role in such a historic moment of Scottish football. It is something that will live with me forever.

“I’ve been living and breathing in the sport for as long as I can remember, so I know in my heart that it’s the right time for the new head coach to lead the team forward into the next campaign.

“I have dedicated almost four years to the role of national coach. Having spent my life in football and working on all levels of the track, to this day it has been the highlight to get the opportunity to work with such a fantastic team of players.

“In the beginning, we set out to inspire the nation by applying a style of football that was exciting and fun – and I believe we achieved that.”

Maxwell thanked Kerr for her “contribution to leading the team to historic success in qualifying for the Women’s World Cup, and for her dedication and commitment to advancing women’s play at all levels.”

The SFA CEO added: “She is a proud ambassador of women’s football throughout her career: as a former 59-cap internationalist, as the first woman to make it to a men’s match in Scotland with the University of Stirling, and of course her achievements as SWNT head coach.

“This UEFA EURO qualifier campaign ended sooner than we expected and we both felt it was the right time for the national team to come together in time for the World Cup qualifiers and for Shelley to fulfill his career ambitions with a new challenge.

“She will continue to be an advocate of women’s play in Scotland and we wish her the best in the future.”