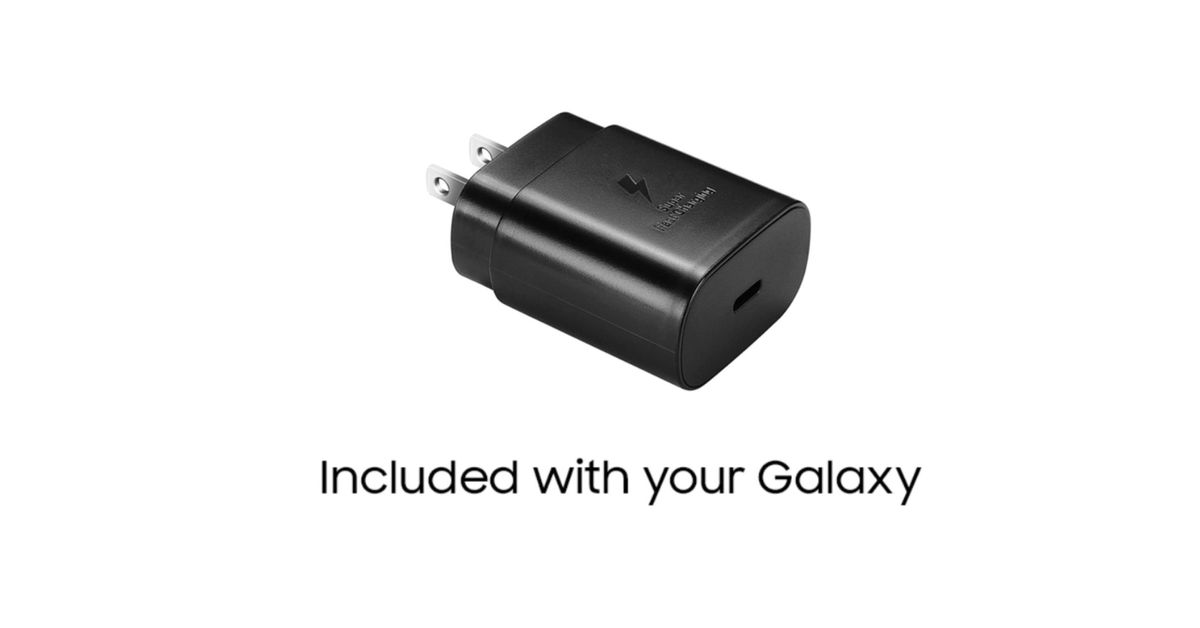 Samsung has been caught deleting an ad that makes fun of Apple for not including a charging brick with the iPhone 12 – the same thing rumored to work with its Galaxy S21 phones. The Facebook post was posted by Samsung Caribbean back in October, and featured a picture of a charging brick labeled “Included in your Galaxy” (via 9to5Google).

This is not the first time Samsung has deleted ads after adopting the same practice that used to mock Apple. When the Galaxy Note 10 was launched without a headphone jack, Samsung deleted the ads mocking the iPhone X for not having a similar plug (ads that are even more inconvenient due to the fact that the iPhone was just named “ten” in the ad).

None of this means that doing the same thing as Apple is necessarily bad. Samsung had an explanation for why it removed the headphone jack, not plugging in the charger could very well be good for the environment. It’s just not a great look when Samsung publishes ads about turning on the charger just a few months before it’s expected to remove it.

Despite the inconvenience that marketing could cause, Samsung could handle this better than Apple. When Apple removed the charging brick, they also changed the cable that came with the phone: almost every previous iPhone had a USB-A brick, and the cable that was in the iPhone 12’s box was USB-C on Lightning. So the “everyone has a charging brick” argument failed because almost all of the previous iPhone cubes weren’t compatible with the included cable (although Apple would have liked to sell customers one for $ 20).

Samsung phones, however, use standard USB-C charging cables, unlike Apple’s proprietary Lighting. This means that the cable that comes with Samsung’s new phone will work with the charging brick that came with last year’s model (though it won’t help people who don’t buy new phones every year, like the Galaxy S10 came from two years ago with a USB-A brick for charging).