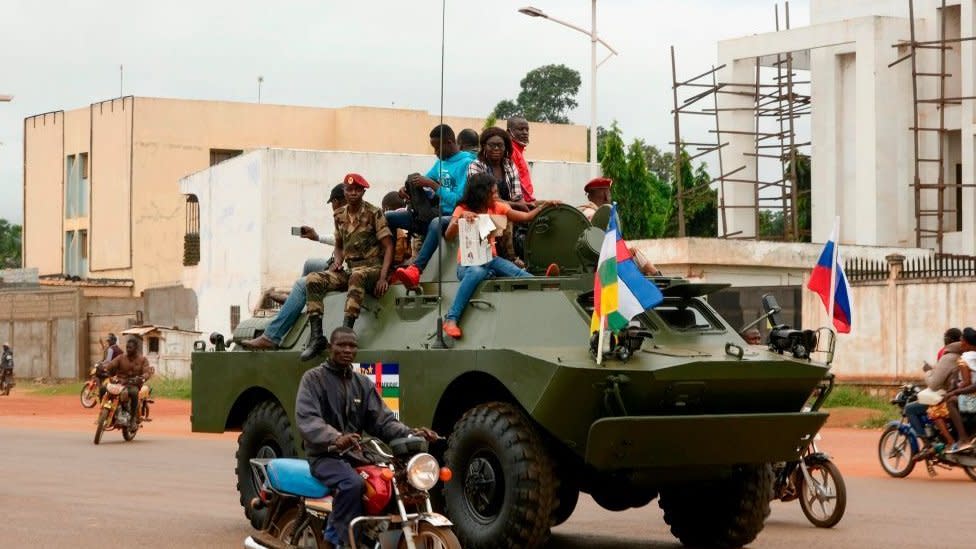 Russia has sent an additional 300 military instructors to the Central African Republic (CAR) to deal with what its Foreign Ministry calls “a marked deterioration in security”.

He said the CAR government, which is being threatened by rebel groups before Sunday’s presidential election, has asked for help.

Russian Deputy Foreign Minister Mikhail Bogdanov said that the Russian military was not involved in fighting in the CAR and that military instructors “were not the army or the special forces”.

Private Russian security guards have been working on the CAR, providing security for the government and helping to protect important economic assets.

Rwanda, which has troops serving in the UN mission in CAR, also announced that it is increasing its number in support of the government.

The newly deployed forces will have “different rules of engagement that will allow them to protect our forces from being attacked and to protect civilians,” said Rwanda President Paul Kagame.

At least 750 Rwandan soldiers and police are operating under the command of the UN Minusca peacekeeping force.

CAR President Faustin Archange Touadéra insisted that Sunday’s election goes ahead, saying that the presence of the UN army and peacekeepers means that people have nothing to fear.

But opposition parties, including Bozizé, called for the vote to be postponed “until peace and security are restored”.

Rebel groups have seized several cities near Bangui, clashing with government forces and looting property, and the UN said its troops are working to prevent the blockade.

Bozizé’s spokesman, Christian Guenebem, said: “We categorically deny that Bozizé is at the origin of anything.”

CAR is one of the poorest and most unstable countries in Africa, although it is rich in resources like diamonds and uranium. The UN estimates that half the population depends on humanitarian assistance and up to a fifth has been displaced.

On December 3, the CAR Constitutional Court ruled that Bozizé did not meet the requirement of “good morality” for candidates due to an international warrant and UN sanctions against him for alleged killings, torture and other crimes during his government.

Bozizé, a Christian, came to power after a coup in 2003 and subsequently won two elections that were widely viewed as fraudulent. He was overthrown in 2013 by Séléka – a rebel coalition formed largely by the Muslim minority – who accused him of breaking peace agreements.