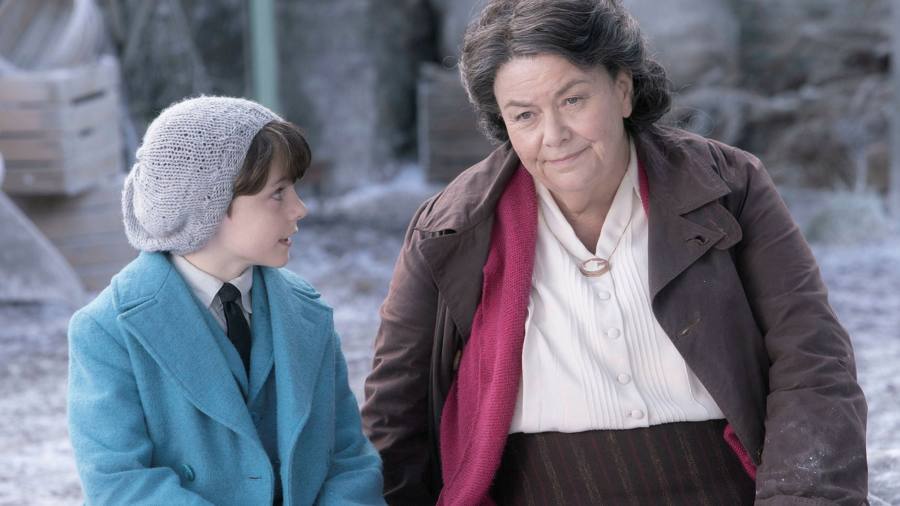 Too many holiday cards in one go leads to a rush of sugar, so it’s good to report that Dawn French is bringing vinegar with vinegar into this sweet Christmas offering. French to children’s writer Beatrix Potter serves as a kind of baked personality of 12 birds, in which rudeness is filled with impatience, filled with obsession, and then irritation, and so on until you find goodness buried deep within yourself.

Although based on a true story, the encounter of the young Roald Dahl with the older creator Peter Rabbit and Jemima Puddle-Duck could not play out as wonderfully as writer Abigail Wilson imagines. Six-year-old Dahl has just lost his father and sister, the first due to an aneurysm and the second due to a ruptured appendix. She finds solace in the animal stories of her favorite writer and worries about sending him to a boarding school, so much so that she decides to flee Wales to the Lake District to meet her idol.

In Cumberland, meanwhile, Beatrix Potter – Mrs. Heelis, if you don’t mind – is afraid her inspiration has dried up. The arrival of her implicit publisher Anne Landy (Nina Sosanya) anchors her to the desk when she would rather admire the falls with her beloved sheep Herdwick and exchange livestock tips with local farmers. Beatrix’s life is filled with animal companions, including a sow named Sally who is allowed to wander the house against the wishes of the kind Mr. Heelis (Rob Brydon). Beatrix’s attempts to throw out the bloating of the hidden pig as her own are pure Dahl.

Jessica Hynes is a revelation as Sofie, Roald’s gentle mother, who masks her own grief to boost her son’s mood with her silly play and cheerful thoughts. Hynes also scores a Welsh-Norwegian accent. The cast of all the stars includes Nick Mohammed as the optician, Alison Steadman as the kind tea owner and Bill Bailey as the eccentric with the silver tongue, polarly speaking, who may be the fruit of the boy’s imagination. They add spectacular magic to the animated sequence and puppetry to the beautiful scenery, reviving characters like the Three Bats and a talkative fox fur collar (voice voiced by Kevin Bishop) who is thoroughly opposed to decorating the nasty old woman’s neck.

Harry Tayler at the age of nine is Roald Dahl from another world, polite and obedient on the outside, but cultivates a rich inner vein of mischief and rebellion. Tayler is completely poised, whether starring alongside the stars or animated characters, and the scene with his sister’s doll, waiting on her bed just in case to come back, touches the heart. Steam trains, snow, adorable animals – a Christmas classic was born.

Listen to our podcast, A call from culture, where FT editors and special guests discuss life and art at the time of the coronavirus. Subscribe to Apple,, Spotifyor wherever you listen