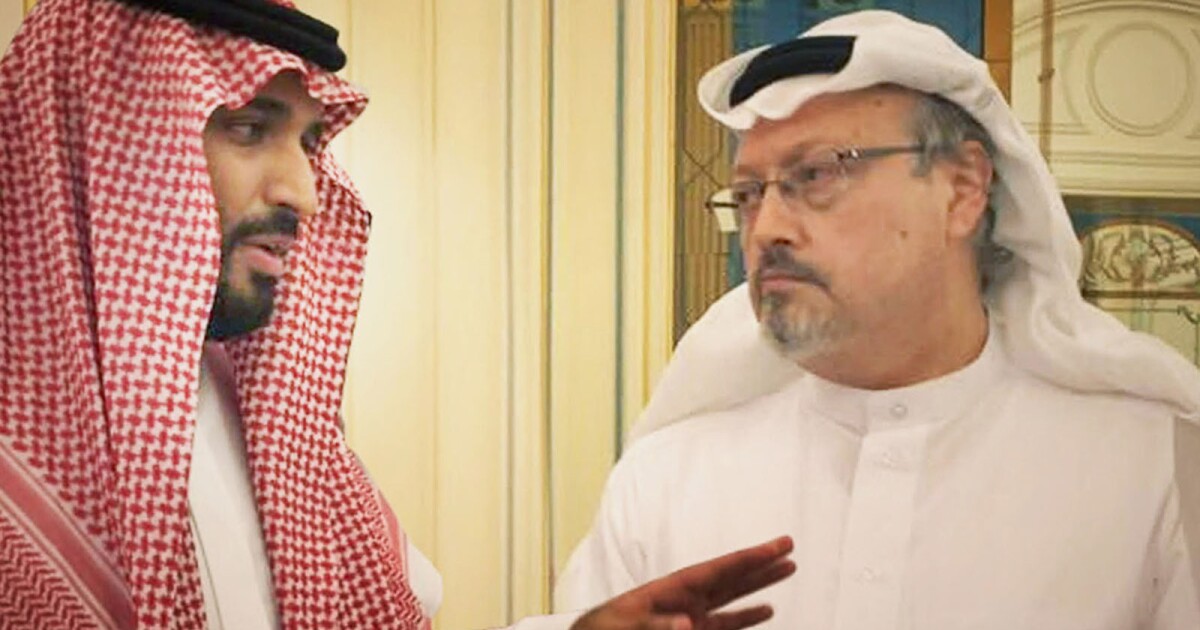 The Times is committed to reviewing the release of theatrical films throughout Covid-19 pandemic. Because filmmaking carries risks at the time, we remind readers to follow health and safety guidelines as pointed out the Centers for Disease Control and Prevention i local health officials.

As the brazen acts of political assassination go on in this turbulent century, the death of Saudi journalist Jamal Khashoggi two years ago is one of the most horrific. Khashoggi, a Washington Post columnist at the time pushing for reforms in his homeland, entered the Saudi consulate in Istanbul on October 2, 2018 to pick up the documents he needed for his wedding to Turkish doctoral student Hatice Cengiz, who was waiting outside . When he never returned, hours of worry turned into days of increasing press control, until it was revealed that people associated with Saudi security forces had tortured, killed and dismembered him, and had specific ties to Crown Prince Mohammed bin Salman (MBS).

This year has given us two documentaries about Khashoggi’s life as an outspoken royal insider whose evolution after the Arab Spring as a critic of the regime put a target on his back. In October, Showtime released Rick Rowley’s solemn biographical context, “Kingdom of Silence,” and now comes Bryan Vogel’s energetic thriller version, “Dissident.” Fogel, who won the Oscar for the Russian documentary scandal about the doping scandal “Icarus”, once again sank his teeth into the story of the endangered truth-teller, although those who are familiar with the details (including its horrible end) will not learn much. Yet it remains an important prism through which Saudi Arabia’s joint effort to view it as a thriving Middle Eastern power and whether the campaign is a case of geopolitical bad faith can be viewed.

The biggest difference between the films is that Fogel secured access to Cengiz as the central mourning figure. We see her wandering the empty apartment of Khashoggi, we hear spoken messages and we see texts from their time together and we watch her take on a more public role in memorializing his life and seeking responsibility for his murder. (In September 2020, Saudi Arabia convicted eight people of murder, what UN Special Rapporteur Agnès Callamard – one of Vogel’s interlocutors – called a “parody of justice.”)

While the fiancée’s prominence may explain why she was noticeably absent as an interviewee in Showtime, it could also be why Fogel doesn’t include one of the more curious details reported in “The Kingdom”: that another woman claimed to have secretly married Khashoggi earlier that year. Although a certain moral complexity overshadowed Khashoggi – especially his ever-changing brand of Saudi patriotism – this may have been one part of his personal life that Fogel found too awkward for a more martyrdom-oriented approach. (It also omits one of the more fascinating parts of Khashoggi’s media rise in Saudi Arabia: knowing young Osama bin Laden from his time as a reporter covering the war in Afghanistan.)

Most important to Vogel’s high-profile portrait of the muffled reformer is his other interlocutor, Canadian-based Saudi Arabian video blogger Omar Abdulaziz, whose friendship with Khashoggi inspired the young activist to launch a counter-narrative on social media to neutralize Salman’s clever TV deployment. it would stifle criticism and denigrate enemies. Fogel convincingly suggests that the news of Khashoggi’s financial support for Abdulaziz to achieve MBS – through the specific hacking / surveillance technology that the film rightly positions as a threat of disagreement everywhere – was the last straw that accelerated the planning of the assassination.

Some of Vogel’s techniques today speak more to the smooth state of advocacy documents than to what would most effectively tell the story, from an overloaded score and editing to some sad computer animation that briefly appears to have entered a video game simulation. Tyranny and its effects are not a video game, but “Dissident” as a whole retains the effect of its alarming narrative, never more so than when we recall how much support President Trump provided to MBS despite his own intelligence agencies ’conclusion that the Crown Prince ordered a blow to Khashoggi. One can only hope that the future will have no inclination towards arms agreements over the principles of human decency.

Playing: It begins Dec. 25 in a limited edition where theaters are open; available Jan. 8 on PVOD