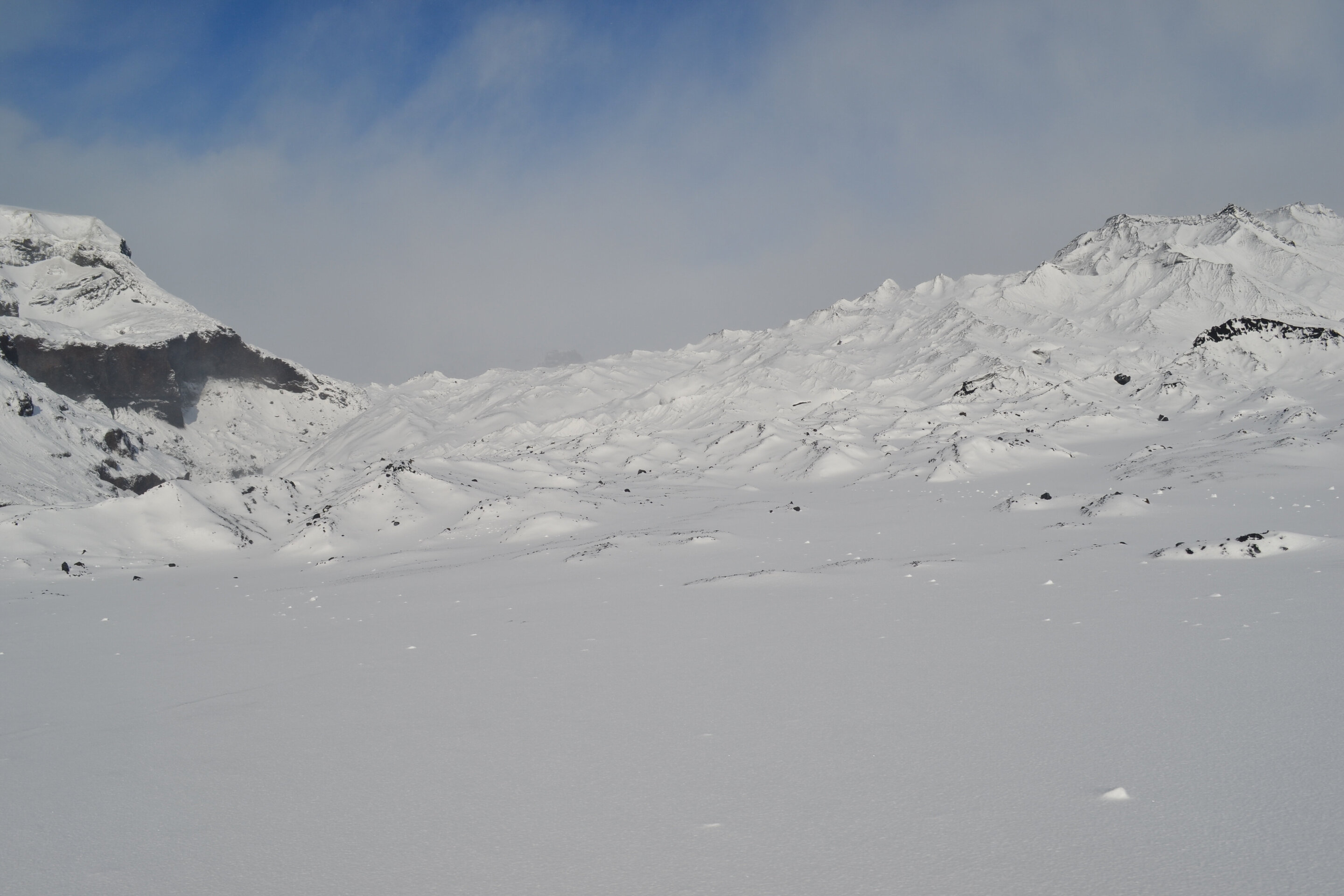 Using years of data collected from ice-covered habitats around the world, the Montana State University team has discovered new insights into the processes that support microbial life beneath ice sheets and glaciers, and the role these organisms play in perpetuating life through ice ages and, perhaps, seemingly inhospitable environments on other planets.

PhD candidate Eric Dunham from the MSU Department of Microbiology and Immunology at the Faculty of Agriculture, along with mentor Eric Boyd, published his findings in the journal Proceedings of the National Academy of Sciences this week. The paper examines the way in which water and microbes interact with the substrate beneath glaciers, using sediment samples taken from glacial sites in Canada and Iceland.

“We were constantly finding organisms in those systems that were backed up by hydrogen gas,” Boyd said of the inspiration for the project. “At first it didn’t make sense, because we couldn’t figure out where that gaseous hydrogen was coming from under these glaciers.”

A team of researchers, including Boyd, later discovered that a series of physical and chemical processes produce hydrogen gas as the silica-rich glacier substrate is crushed into tiny mineral particles the weight of ice on top. When these mineral particles combine with glacial molten water, they release hydrogen.

What became even more fascinating to Boyd and Dunham was that the microbial communities beneath the glacier could combine that hydrogen gas with carbon dioxide to create more organic matter, called biomass, through a process called chemosynthesis. Chemosynthesis is similar to how plants generate biomass from carbon dioxide by photosynthesis, although chemosynthesis does not require sunlight.

To learn more about what these chemosynthetic microbes do, Dunham used sediment samples from glaciers in Canada and Iceland. In the laboratory, he grew samples of living organisms found in the sediment, observing them for several months to determine if they would continue to grow in the simulated environment.

“The organisms we are interested in rely on hydrogen gas as food for growth, and most are also anaerobes, which means that oxygen will kill them,” said Dunham, who is originally from Billings and is entering his final semester of doctoral studies. “One of the most critical steps in preparing these experiments, and easily the most stressful element, was to put these samples in bottles and flush out all the oxygen as quickly as possible, so I didn’t kill the organisms I was trying to study.”

During months of preparation and observation of microbial cultures, Dunham discovered that it was not only possible to monitor community growth in a laboratory environment, but also that the type of substrate beneath the glacier affected how much hydrogen gas was produced, which in turn led to the presence of microbial communities that were better adapted to hydrogen metabolism. Samples taken from the Kötlujökull glacier in Iceland, located at the top of the basalt substrate, produced much more hydrogen gases than samples from the Robertson glacier in Alberta, Canada, which has a carbonate substrate below it.

While they use that hydrogen gas to produce energy, Boyd said, microbes also extract carbon dioxide from the air to create biomass, replicate and grow. This ability to “repair” carbon is an important process of climate regulation, another similarity of photosynthesis in plants.

“Given that glaciers and ice sheets cover about 10% of Earth’s land mass today, and sometimes a much larger share of the planet’s past, microbial activities like the ones Eric measured are likely to have a major impact on Earth’s climate, both today and in the past.” said Boyd. “We’ve known for some time that microorganisms living under ice sheets or glaciers can repair carbon, but we never really figured out how. What Eric’s pioneering work shows is that these organisms are not only completely self-sustaining in the sense that they can generate their own fixed carbon.” nor do they need sunlight to do so like the rest of the biosphere we know. “

Looking further toward other planets in our solar system, Boyd notes that the two critical elements that scientists look for when estimating water habitability are the energy source. The newly discovered knowledge that self-sustaining microbial communities can thrive in icy environments by producing hydrogen gas is a key step toward identifying potentially habitable environments on other planets.

“There’s a lot of evidence of ice and glaciers on other planets,” he said. “Are they habitable? We don’t know. Could there be microbes living under ice sheets on planets with foundation rocks similar to the ones Eric studied? Absolutely. There’s no reason to think otherwise.”

For Dunham, whose undergraduate and graduate research focused on health sciences and virology before moving to biogeochemistry, the most rewarding part of the new discovery is research into how different terrestrial processes fit together and influence each other in a way the scientific community is just beginning to unlock.

Between rock and anvil: how life survives under a glacier