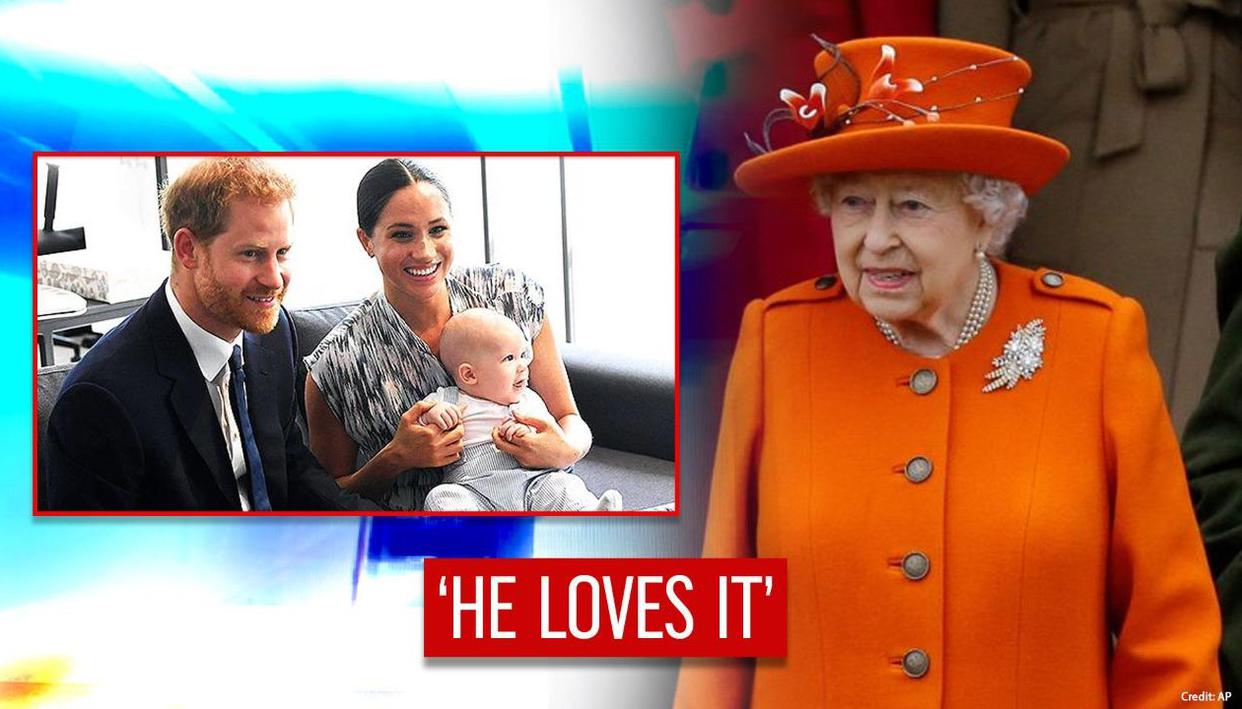 British Prince Harry recently revealed that Queen Elizabeth’s Christmas present to baby Archie produced waffles. In a rare interview with Late Late Show host James Corden, Prince Harry said his grandmother gave a one-year-old Archie a waffle maker for the holiday, after which breakfast at their Los Angeles home changed forever. “She (Queen Elizabeth) sent us a waffle factory for Archie,” he said during an interview with Corden.

Prince Harry said, “My grandmother asked us what Archie wanted for Christmas, and Meg said she made waffles.”

He added, “She sent us a waffle maker for Archie, so have breakfast, Meg in the waffle maker makes a nice organic mix. Flip over. He’s coming outside. He loves it. And now for breakfast I have waffles, some yogurt, some jam on top. I don’t know if it’s the right thing to do … maybe a little berry, a little honey, maybe a little syrup. ”

Further, during the same interview, Prince Harry also revealed that he and Meghan had video-called the Queen and Prince Philip since their relocation. He also talked about his relationship with Meghan Markle and their son Archie, revealing that the child’s first word was “crocodile”. The Duke of Sussex said his son was “hysterical” and had “the most amazing personality”. “He’s already composing three, four words, he’s already singing songs,” Prince Harry added.

‘The British press was destroying my mental health’

Moreover, the prince even revealed that he withdrew from the royal family last year because the British Press was “destroying” his mental health. He spoke with his wife Meghan Markle about the pressures of royal life and his decision to move to Los Angeles. He said he decided he needed to “get (his) family out of here” and preferred the depiction of royal life shown on Netflix’s “Crown” show to that published in the newspaper.

The Duke and Duchess of Sussex left working members of the royal family in January 2020. Since then, the couple moved to Los Angeles and began carving new lives, increasing their visibility and engagement with more likeable media personalities. During an interview with Corden, in which the couple travels to Los Angeles on an open-top bus, Prince Harry said he watched ‘The Crown’ and found it ‘more enjoyable’ to watch the series than read stories written about his family or his wife or himself.

READ: James Corden brags about being part of the BTS ARMY in front of Prince Harry, fans praise him

READ: British Prince Harry discusses his love story with Meghan Markle: ‘It went from zero to 60’