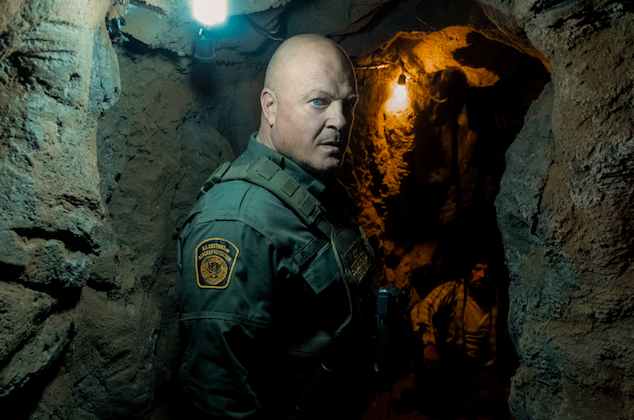 CBS All Access’ Coyote may start with a man of a certain age who has an extremely bad day under possibly nefarious circumstances in the desert, but executive producer Michelle MacLaren claims Ben Clemens there is no Walter White.

And she would know: MacLaren orchestrated the fall of Heisenberg for three seasons as an EP at AMC Breaking Bad.

Coyote, a drama starring Michael Chiklis (The Shield,, Commish) as the aforementioned border patrol agent, “every man’s story is that Ben represents someone who doesn’t think the world sees black and white,” she explains, calling the format a “modern western”. “He doesn’t realize he’s a profiler. He doesn’t know how his worldview was formulated from 32 years on the job. “

However, after a series of incidents at the premiere, she continues, Ben “gets a chance to walk in someone else’s shoes. And that’s not really the story of Walter White. Breaking Bad it breaks badly. This guy is going to break down good, if anything. “

The first season of the series follows Ben as he becomes entangled in a situation where he is forced to work (as stated in the series) “precisely because of the people he has spent in his career trying to distance himself from the United States.”

“From the beginning, we asked to tell the opposite story about Frank Underwood, Walter White, Don Draper, Tony Soprano,” showrunner / EP David Graziano (American gods) says for TVLine. “We made a canon for middle-aged boys who somehow fell into a whirlpool of despair … Everything is done. As Michelle said, it’s the opposite trajectory. “

Before the premiere of the show – all six episodes from the 1st season start broadcasting on Thursday, January 7 – TVLine gathered a bunch of exclusive (and impressive!) Portraits from the cast. Click on the gallery on the right to see Chiklis & Co. in stand-alone frames, then press comments: Do you plan to watch Coyote?