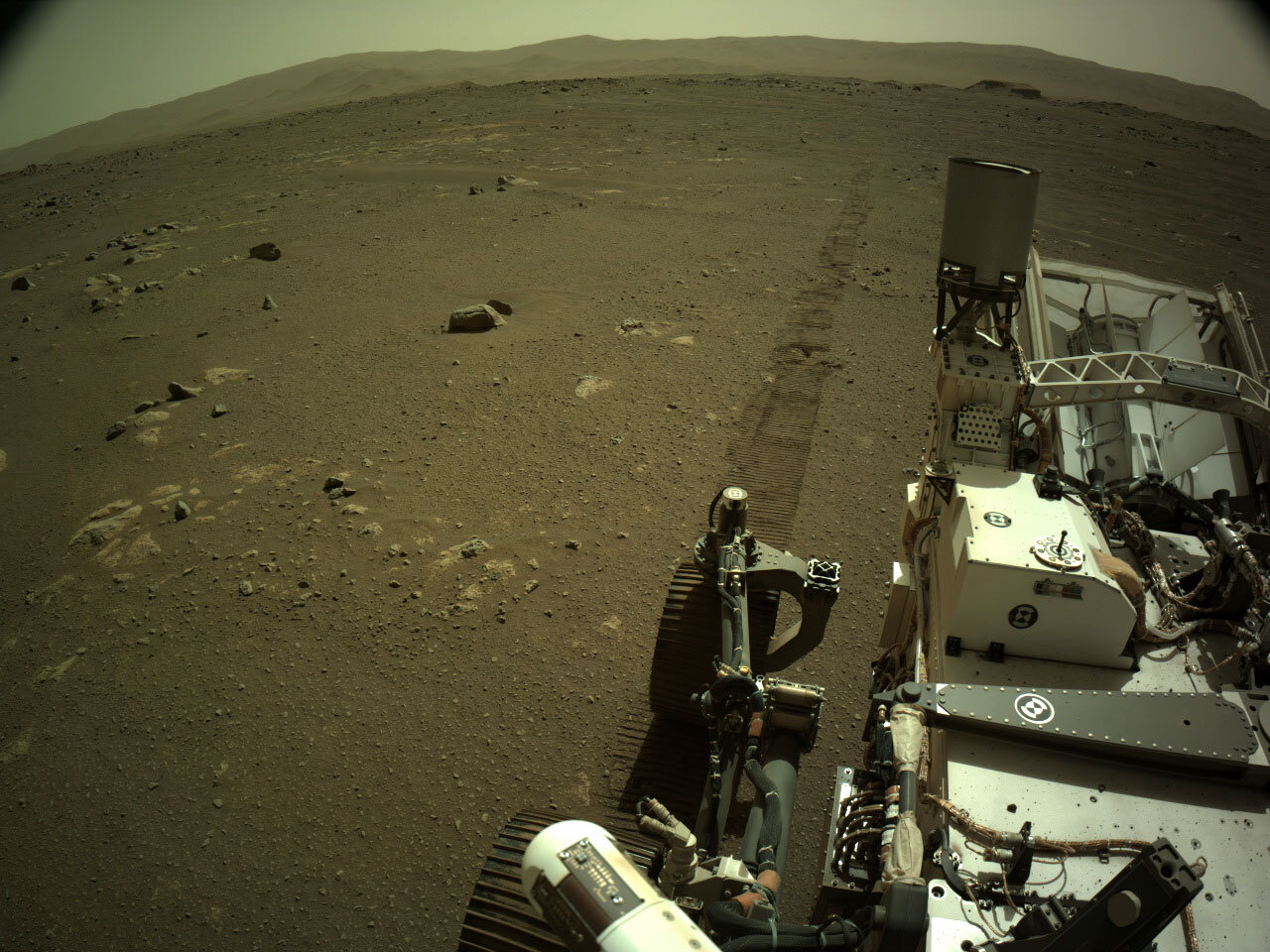 NASA’s latest rover recorded the sound of itself crunching across the surface of the Red Planet, adding a whole new dimension to Mars exploration.

When the Rover Perseverance began to create tracks on the surface of Mars, the sensitive microphone it carried struck first: bangs, pings, and the rattle of the robot’s six wheels as they rolled over the Martian terrain.

“A lot of people when they see the pictures don’t realize that the wheels are metal,” said Wendy Verma, a senior engineer and rover driver at NASA’s jet lab in Southern California. “When you ride with these wheels on rocks, it’s actually very noisy.”

More than 16 minutes of the sounds of Perseverance’s 27.3-meter ride on March 7 were recorded by Perseverance’s entry, landing and landing microphone (EDL), which remains operational on the rover after its historic touch on Feb. 18. A ready-made microphone has been added to the rover to help connect the public while driving while touching, but mission members are eager to hear sounds from the surface as well.

“If I heard these sounds driving my car, I’d stop and call a tow truck,” said Dave Gruel, lead engineer for the Mars 2020 EDL camera and microphone subsystem. it makes perfect sense. “

Two versions of the audio recording of the same drive were released to the public on March 17. The first version contains more than 16 minutes of raw, unfiltered sounds of a rover traveling through Lake Crater. It hears noise generated by the interaction of Perseverance’s mobile system (its wheels and suspension) with the surface, along with the high sound of scratches. Perseverance’s engineering team continues to assess the source of the scratch noise, which could be either electromagnetic interference from one of the rover’s electronic boxes, or interactions between the mobility system and the Martian surface. The EDL microphone was not intended for surface operations and had limited testing in this pre-launch configuration.

This first sound of riding on the surface of Mars joins the growing playlist of Martian sounds returning to Earth from Perseverance. The second microphone, part of the SuperCam rover’s instrument, previously raised the sigh of the Martian wind and the rapid beating sound of the instrument’s laser rocks to reveal details about their structure and composition. Such information will help scientists as they search the Lake Crater for traces of ancient microscopic life, taking samples of rock and sediment that future missions will return to Earth.

The sounds of the SuperCam were part of a series of system checks the rover went through, ranging from releasing Perseverance’s massive robotic arm to the first observations of time using the Mars Environmental Dynamics Analyzer.

Rover was also looking for a suitable take-off for the Ingenuity Mars helicopter to try the first flight tests. Now that the right place has been found, teams of perseverance and ingenuity plan for the rover to deploy a helicopter that will have 30 Martian days or solos (31 Earth days) to perform up to five test flights.

And then he would seriously begin the hunt for ancient life, diligently exploring the terrain that was once thought to be covered with water. Between the rover’s 19 cameras and its two microphones, the experience will be full of scenes and sounds. For Verma, which has helped “drive” NASA’s last four Martian rovers, planning their routes and passing on instructions so they can ride their day through unexplored terrain, the sound is more than just cool.

More on the mission

The key goal of Perseverance’s mission to Mars is astrobiology, including the search for signs of ancient microbial life. The rover will characterize the geology of the planet and the past climate, pave the way for human exploration of the Red Planet and be the first mission to collect and store Martian rock and regolith (broken rock and dust).

Subsequent NASA missions, in collaboration with ESA (European Space Agency), would send spacecraft to Mars to collect these sealed samples from the surface and return them to Earth for in-depth analysis.

The Mars 2020 Persistence Mission is part of NASA’s approach to exploring the Moon to Mars, which includes Artemis missions to the Moon to help prepare for human exploration of the Red Planet.

JPL, operated for NASA by Caltech in Pasadena, California, built and manages the operations of the Perseverance rover.