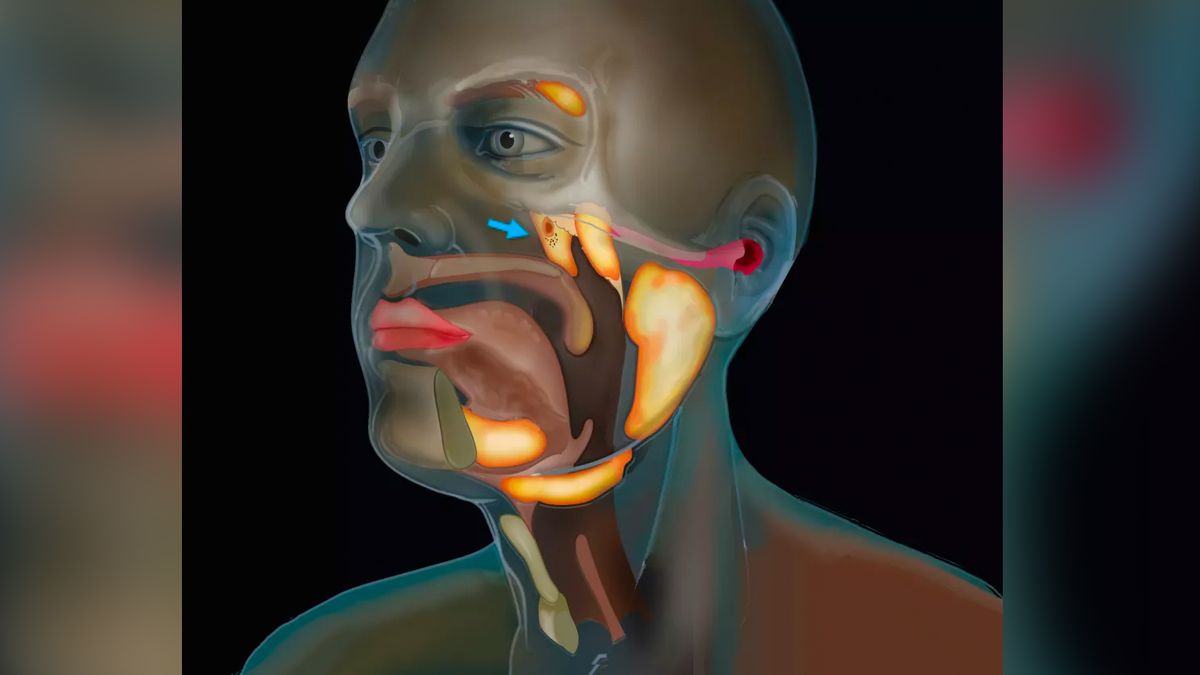 By far the biggest scientific news this year was anything to do with the new coronavirus and the ongoing pandemic. The stories of COVID-19 received exponentially more reviews on Live Science than any other science news we shared.

But despite the difficulties of the pandemic, many fascinating sciences were happening outside the realm of COVID-19 research. From huge sea creatures to asteroids to, yes, COVID-19, here’s a review of some of this year’s most popular stories on Live Science.

Live Science loves weird creatures, and so do our readers. Many were excited to learn of the discovery of a 150-meter (45-meter) sea animal called a siphonophore – a transparent, wire creature that, like a coral, consists of smaller creatures. Underwater researchers with the research ship Falkor spotted a long-lived beast in an underwater canyon off the coast of Australia. The team said that this siphonophore was “seemingly the largest animal ever discovered”.

Read more: “The longest animal ever” discovered in a deep-sea canyon off the Australian coast

In October, SpaceX’s “Starman” model, riding in the driver’s seat of a cherry-red Tesla Roadster, approached Mars ever. It is close relative, however – the rapidly decaying sports car and the doll were a little less than 8 million kilometers away from the Red Planet, which is about 19 times the distance from the Earth to the Moon. Starman and his Roadster have been orbiting the sun for about two years, since launching in February 2018.

Read more: The ‘Starman’ has just passed by Mars in its rapidly decaying Tesla Roadster

The full moon of April this year was a real treat: a pink supermoon! The moon on April 7 was closer to Earth than any other time of the year, making it the largest full moon of the year. But the pink supermoon wasn’t really pink. April’s month was named after a pink wild flower Phlox subulata, which blooms in eastern North America in early spring. Although the April supermoon was not colorful, it was still impressive.

Read more: How to see tonight’s pink supermoon, the biggest full moon of 2020

7. The funniest photos of animals

We look forward to the Comedy Wildlife Photo Awards every year and this year has not disappointed. The winning image was a perfectly timed photo of a sea turtle that looks like it is overturning a bird. “It was amazing to see the reaction to my photo of Terry the turtle overturning the bird,” said photographer Mark Fitzpatrick, “with Terry laughing at the one that was a difficult year for many, as well as helping to spread the important protection message.”

Read more: Is this the funniest animal picture ever?

6. The largest ozone hole in the North Pole

In April, we were intrigued (and perhaps a little worried) when we learned that scientists had discovered what may have been the largest hole in the ozone layer ever recorded above the North Pole. The hole covered an area about three times the size of Greenland and could expose people living in far northern latitudes to high levels of ultraviolet radiation. Fortunately, the hole eventually closed on its own.

5. ‘Oumuamua could still be an alien technology

‘Oumuamua is a mysterious, interstellar object that dared through our solar system two years ago. Several people suspected that the cigar-shaped object was some kind of alien technology, especially because it was accelerating as if something was moving it. But scientists were quick to point out that the chances of alien origins are slim, and a physical or astronomical explanation is more likely. However, in August, astrophysicists published a study that revealed at least one extraterrestrial theory – that hydrogen works to move an object. That means there is still hope that these are aliens!

Read more: The interstellar visitor ‘Oumuamua may still be an alien technology, a new study suggests

Read more: Scientists are discovering a new organ in the throat

3. The deadliest viruses on Earth

This article on the most deadly viruses is not new, but it has attracted a lot of attention this year. People have been fighting the virus since the beginning of our existence, and fortunately, we have won over several of them with vaccines and effective antiviral drugs. But, as this list proves, there are still many viruses that can bring us down.

2. The worst epidemics and pandemics in history

Readers were also fascinated by the story of the deadliest epidemics and pandemics in history, from the prehistoric outbreak of 3000 BC to the ongoing Zika virus epidemic that began in 2015. This long list reveals how disease epidemics have plagued humanity during our existence, sometimes changing the course of history , and even the removal of entire civilizations.

1. Coronavirus and the COVID-19 pandemic

As mentioned earlier, the coronavirus pandemic was the biggest scientific news of the year. The three best read stories about coronavirus in 2020 were:

People with COVID-19 may have asymptomatic, mild, or severe illness and may experience a wide range of symptoms. Live Science health reporters have updated this article at least three times this year, as doctors and scientists reveal more about how the new coronavirus manifests in humans.

Read more: What are the symptoms of COVID-19?

The coronavirus was not made in the laboratory

The origin of the new coronavirus, called SARS-CoV-2, was initially unclear, creating a persistent myth that the virus was created by scientists and escaped from a laboratory in Wuhan, China, where the outbreak of the epidemic began. But analysis of the SARS-CoV-2 genome has revealed that the virus occurs in nature and is very likely not to be made by humans. There is still no evidence that the SARS-CoV-2 virus was created by humans, despite continuous research into the possibilities.

Read more: The coronavirus was not made in the laboratory. Here’s how we know.

Coronavirus is different from the flu

Read more: How does the new coronavirus compare to the flu?