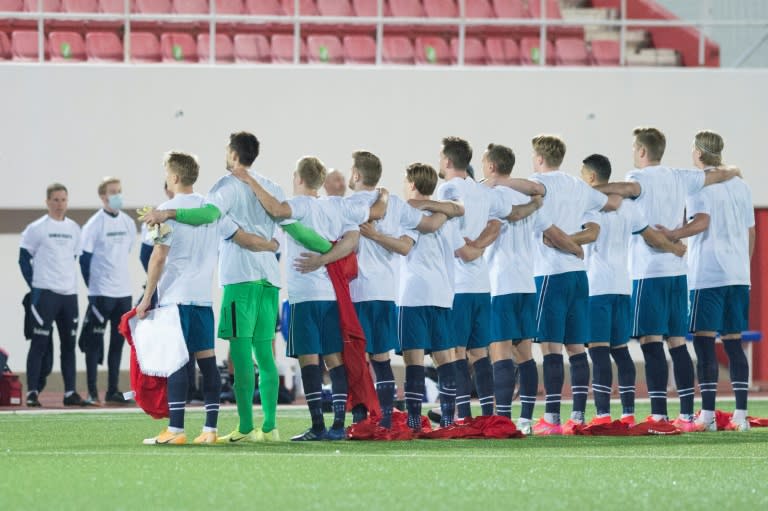 Norwegian stars Erling Braut Haaland and Martin Odegaard on Wednesday wore T-shirts with the slogan “Human rights, on and off the field” in support of migrant workers who are building World Cup locations in Qatar for the 2022 finals.

Haaland, national captain Odegaard, as well as teammates, wore T-shirts and their protest was printed in black and white, while the national anthems were played before the start in the World Cup qualifiers against Gibraltar.

The gesture was followed by a growing debate about alleged human rights violations in Qatar, the controversial hosts of the most prestigious football tournament.

On Tuesday, Norwegian coach Staale Solbakken said the team planned to use the schedule as an opportunity to express their reserves.

“We are working on something concrete,” Solbakken said at a press briefing, without revealing details.

“It’s about putting pressure on FIFA to be even more direct, even tougher on the authorities in Qatar, to impose stricter requirements,” he explained.

Odegaard said he feels the whole team wants to make a statement.

“I have the impression that many (players) are interested in this, care about it and want to do something to try to contribute in a good way,” said the striker who is on loan at Arsenal from Real Madrid. .

Several Norwegian clubs have voted to boycott the World Cup following the discovery by the British newspaper The Guardian that more than 6,500 migrant workers have died in Qatar since the World Cup was awarded to the Gulf state.

The Norwegian Football Federation is expected to discuss the issue at a special congress in June.

According to a poll published Monday in the Verdens Gang, 55 percent of Norwegians believe their country should boycott the event, while 20 percent oppose it.