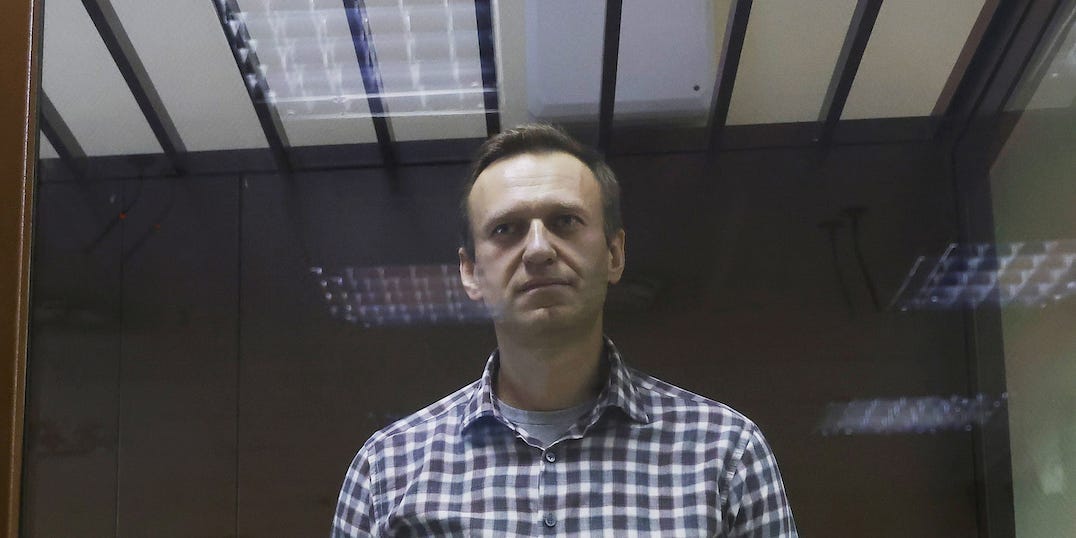 Alexei Navalny, the imprisoned critic of Russian President Vladimir Putin, says that prison guards are trying to convince him to come out of a hunger strike by frying chicken in front of him.

Navalny described the situation in an Instagram post at IK-2 prison in Pokrov, near Moscow, where he is serving a three-and-a-half-year sentence.

He has been on a hunger strike since last week in protest against what he said was the lack of medical care. In the post, he said the guards also put bullets in their pockets, in addition to using the smell of roasted chicken.

Navalny, the highest profile challenger to the Russian president, was sentenced in February for violating previous terms of parole. Navalny argued that he was unable to meet the conditions of probation because he had been poisoned by a nervous agent.

The poisoning, which occurred in August and left him in a coma at the time of the hearings, is linked to the Russian security agency FSB, although Russian authorities deny involvement.

Navalny also said the original charges were politically motivated and accused Putin of trying to kill him.

Last week, he went on a hunger strike to protest the lack of medical treatment in prison. According to his lawyers, he has been diagnosed with two spinal hernias and his health is deteriorating a lot, the BBC reported.

He feels pain when walking and is losing sensation in his hands and legs, his lawyer Vadim Kobzev said on Twitter on Wednesday. His weight is also dropping 1 pound a day, Kobzev wrote.

In the Instagram post, Navalny wrote: “I knew, of course, that the authorities would first discredit the hunger strike and mock it. Only the primitiveness of the approach is surprising.”

He said he only goes to the kitchen to fetch water while the cameras are recording, saying that state television has accused his strike of being a scam.

He also described the guards teasing him as they cook chicken in front of him, encouraging him to eat with them and saying things like, “Come on, Lex …. mmmm, what a smell. Give it up, you won’t get anything.”

He said he first thought they were following orders, then he realized, “That’s exactly what they really believe in.”

Navalny also said he was being denied an adequate medical diagnosis and was not allowed to know the results of an MRI.

Amnesty International’s secretary general, Agnes Callamard, said Russian officials “may be putting him in a slow death situation and trying to hide what is happening to him,” Reuters reported on Wednesday. Their conditions are tantamount to torture, she said.

Navalny’s lawyers say there are no doctors, just a single paramedic, in his prison, the BBC reported.

The Russian prison service denied this, the BBC reported, arguing that Navalny had “all necessary medical assistance according to his medical instructions”.

White House press secretary Jen Psaki said on Wednesday that President Joe Biden’s administration was “disturbed” by reports of Navalny’s deteriorating health and reiterated his position that the charges against him were “forged” .