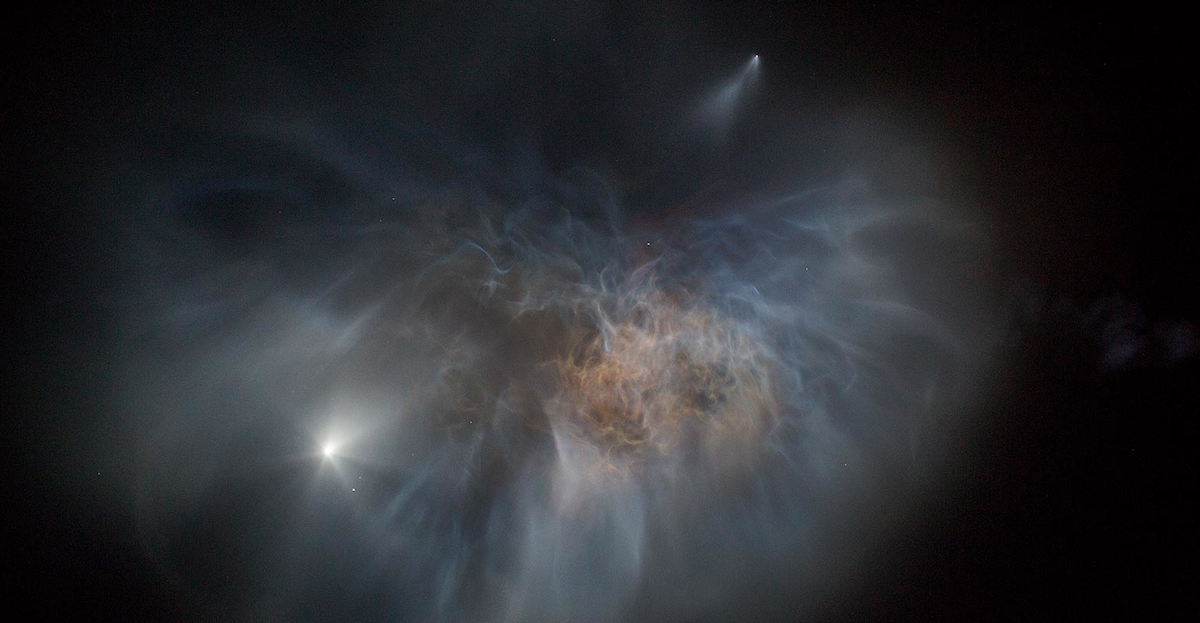 Last week, the engineers who designed the Giant Magellan telescope announced that they had solved an immense design challenge. In particular, the protection of the 22-storey rotating observatory and the seven largest monolithic mirrors in the world from earthquake damage. The innovative seismic protection design earned the best marks from an independent panel of international experts in early November, paving the way for the next generation in observatory design.

“The structures of the next generation of extremely large telescopes are so massive, their instruments so sensitive, and the seismic environments in which they are located are so intense that there is really no way to avoid seismic protection. We need a seismic isolation system so that the telescope can work, “said Dr. Bruce Bigelow, head of the Giant Magellan site, enclosure and facilities, in a statement.

The Giant Magellan Telescope is a new 25-meter ground-based telescope built at the Las Campanas Observatory in Chile’s Atacama Desert, one of the best locations on Earth to view space. But while this remote region boasts more than 300 clear nights of galactic center a year, it also houses some of the largest, most common and most devastating earthquakes ever recorded. Large earthquakes in Chile can last more than three minutes and often exceed seven on a scale of surface wave magnitude (MS).

Bigelow tells IndustryWeek that the biggest challenge in achieving this feat involved meeting the requirements for seismic protection in a way that still allowed the telescope to operate normally. “Seismic insulation systems for regular buildings aim to protect occupants, and most buildings themselves are not usually dynamic structures. “On the contrary, the telescope must be able to move in two angles (azimuth and altitude) and must be able to make those moves routinely, precisely and continuously while the telescope follows objects in the sky,” he says. “Therefore, the SIS must be rigid enough to resist normal telescope tracking reactions (up to a certain threshold) and then smoothly transition to a flexible state (above the threshold) to protect the telescope from strong ground movements.”

According to Bigelow, “the key to GMT’s seismic isolation system is to use a unique layout of commercially available seismic bearings (single pendulum friction), which have the necessary stiffness and friction properties to support normal telescope operation and a smooth transition. into an insulating function above a certain level of soil movement. “

A secondary but also critical aspect of the design is the “pier re-centering and monitoring system” (PRMS), Bigelow explains. “PRMS is a hydraulic system consisting of hydraulic cylinders, sensors and a control system, which provides the necessary forces to precisely redirect the telescope and poles (combined mass of ~ 6200 metric tons or ~ 14 million pounds) to the” home “position after a major earthquake.” he says.

The seismic protection system – also known as the seismic isolation system – on the giant Magellan telescope is unprecedented in the world of telescopes, in terms of size and complexity. Unlike hospitals or large bridges, a seismic isolation system must not only protect structures from collapsing, but also prevent the structure and fragile optical components from requiring repair from the inside. Since the seismic insulation system of the Giant Magellan telescope serves as the foundation of the telescope, it must be very reliable. According to the design, the probability of seismic isolation failure is less than 0.5 percent over the 50-year lifespan of the observatory. The system is designed to remain inactive during small earthquakes with “disturbances” that are common at the Las Campanas Observatory. The system will only be activated during extreme earthquakes which will usually occur on a time scale of 2 to 2 years.

The Giant Magellan telescope’s seismic insulation system consists of two lines of defense that make it safe and allow it to return to operations within a few hours to a week, depending on the magnitude of the seismic event.

1. Seismic insulation system: a circular array of 24 single friction pendulum insulators that support the telescope and its column and protect the optical components and instruments of the telescope from active ground movement caused by a large earthquake.

2. Re-pillar system on the pier: A hydraulic system that can return the telescope to its original position of rest and work after a major earthquake.

After a major earthquake, the friction pendulum insulators may not return the telescope exactly to its normal working position. “The isolation system will return the telescope to its‘ home ’position within a few inches, but that’s not good enough,” Bigelow said in a statement. “That’s where the hydraulics of the pillar diversion system come in, which can move 6,000 metric tons of telescopes and poles and return the telescope a fraction of an inch from where it was before the earthquake.”