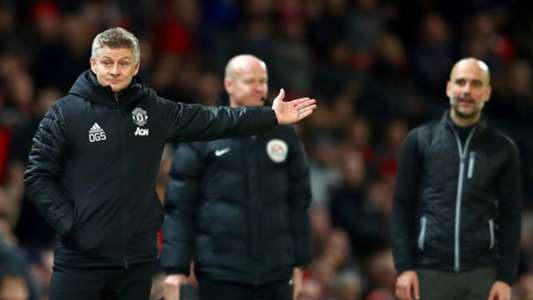 The Red Devils midfielder says Ole Gunnar Solskjaer’s team is stronger than 12 months ago, when he lost to rival rivals in the last four

Nemanja Matić feels “very confident” ahead of the date of the Manchester United Carabao Cup derby with the main rival City, and the Serbian midfielder believes that the Red Devils are stronger than 12 months ago.

Ole Gunnar Solskjaer’s team reached three semifinals in the period 2019-20, only to fall on that obstacle at every opportunity.

Once again, positive progress is being made in the knockout competition, and another place has been secured in the last four League Cups this season.

Everton were packed into the quarter-finals on Wednesday, and a late rally from United led them to a 2-0 win at Goodison Park.

The draw paired them once again with City, who collected them over 3: 2 in January 2020, together, and Matić is optimistic about the chances of the Red Devils to take revenge.

He said MUTV after helping to bring down Everton: “This time I hope we take our chance; we will do our best.

“I think we are in a better condition now, in a better moment. In my opinion, we play better football than last year. I am very confident. ”

United rediscovered the spark in the period from 2020 to 21, as they strive to break into the Premier League title, winning Merseyside in the middle of the week, keeping them a flawless away record in domestic competition.

Edinson Cavani and Anthony Martial scored goals against Everton, and Matic said of another success in boosting morale: “I am very pleased with our performance.

“I think everyone who supports Manchester United is happy because coming here to Goodison Park is not easy to control for 90 minutes and I think we managed it.

“Everything was around us. We didn’t let them create a lot of chances. So I think we absolutely deserve to be in the semifinals, and with fantastic football as well. We scored two goals, we created a lot of chances. I am happy with everything we have seen in our team. ”

He added, as United broke from the deadlock in the 88th minute: “Was it frustrating that we didn’t score a goal before half time? Yes, especially after the first 10-15 minutes.

“Everyone did a great job. I am happy with everyone who played. Let’s keep this momentum and this level of football. ”

The Red Devils will be back in action on Boxing Day when they embark on a journey to a fellow hopeful Leicester.