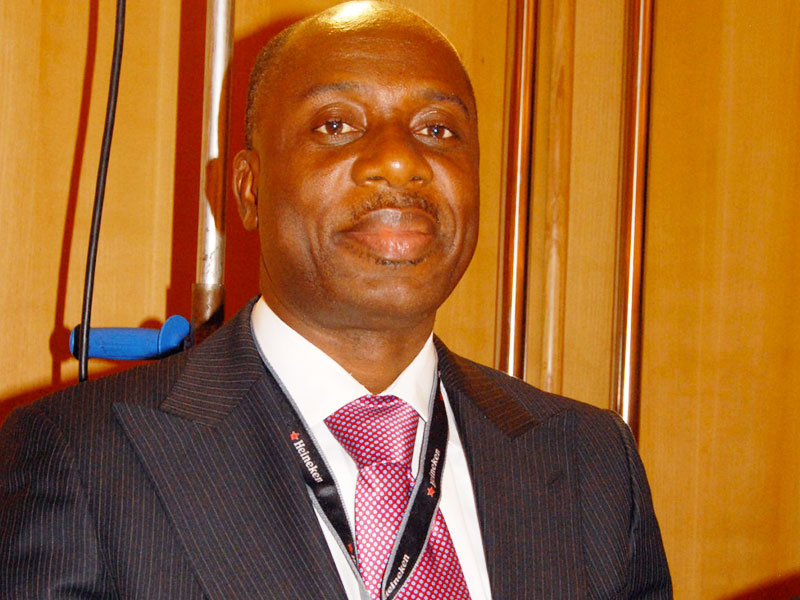 Despite the marching orders given by Transport Minister Rotimi Amaechi, when he visited Apapa last week to clear the port’s access roads immediately, the situation has worsened.

This weekend’s revelations revealed that at least 500,000 containers loaded with raw materials from manufacturing companies and traders are currently trapped in the port of Tin Can Island, Lagos.

Leading staff of the international beverage company, who longed for anonymity, said yesterday that his company had run out of the substrate used in the production of one of its soft drinks.

“We ran out of supplies and the shipping of the containers we imported arrived more than six weeks ago, but we were unable to leave port,” he told some selected reporters.

Also, traders who imported goods for sale during the Juletid season were caught in a traffic trap, because their goods were trapped in the port. Many of such traders risk losing millions of naira if they are unable to sell the goods before Christmas.

Last week, Amaechi inspected the access road to the port of Tin Can Island in the company of the Permanent Secretary, the Federal Ministry of Transport (FMOT), Dr. Magdalena Ajani; The General Manager, the Nigerian Port Authority, Hadiza Bala Usman, and the Executive Secretary of the Nigerian Shipping Council, Hassan Bello, are trying to find a solution to the delay that has crippled cargo deliveries at the second busiest port in the country.

Measures include disbanding the presidential project team at the Apapo standstill and reconstructing the traffic management system on the access road to the tin can port.

The Permanent Secretary also instructed a supplier repairing the Apapa-Oshodi highway to reopen the road leading to the port to clear the congestion.

However, the supplier did not comply with the order five days after it was issued, while security operators are still setting up toll booths along the road to extort truckers.

When they visited the area around Tin Can Island this Thursday, a long line of trucks waited to enter the port, and the road from Tin Can Second Second Gate to Liverpool was taken over by trucks trying to get out of the port.

The situation is no different from the first door from tin cans to PTML and coconut areas.

The development has also led to a further increase in transportation costs.

A cleaning agent operating in the port on Tin Can Island, Emmanuel Onyeme, said despite the disbandment of the presidential task, the stalemate still exists due to roadblocks set up by security and traffic management officials, as well as the government’s failure to open the completed section as which Ajani promised last Friday.

This, he said, continued to impede the free movement and exit of cargo from the port, and police staff and other security workers continued to cash in on the blockade created by the supplier, especially at night.

He said: “The traffic situation still remains the same. Although they said they disbanded the presidential task, that same lineup of people comes out at night to carry out their usual dubious arrangements.

“If the government says it has banned the presidential working group, let it open the way so that we have free movement. How will the roadblock be free? If you come to Tin Can today, the containers that come out are no bigger than five, but people pay compensation.

“Please; let the government pave the way along Tin Can’s access road. The performer doesn’t help things along the way.

“The cargo is difficult to get out, because they are blocked everywhere. Currently, the only solution to this problem is for the government to call the supplier to order. They have to open the roundabout on the first door of the tin can, so that the containers that come out, instead of coming out through the second door, are transported at speed.

“Transportation costs have remained the same. As this morning, the cost of transportation from Tin Can to Ladip is N1.7 million, because there is no road and the whole place is blocked. “

Also speaking, the chairman of the Association of Nigerian Licensed Customs Agents (ANLCA), the head of Tin Can Island, Segun Oduntan, said there was no respite on the road despite the minister’s visit to Tin Can Island port last week.

He regretted why the agents of pain and frustration were passing, and especially the importers, especially those whose goods were trapped in the port as a result of the chaotic stoppage on the corridor of the port of the tin can.

“You have to see how importers and agents cry, especially those who have goods trapped in a port with high deviation costs. So, what intervention did the minister take?

“The minister’s visit did not change anything, because when they came for inspection, they did not inform any section. We are the ones who can provide the Minister with first-hand information. How can a contractor be bigger than a ministry? We should just open the way, ”he said.