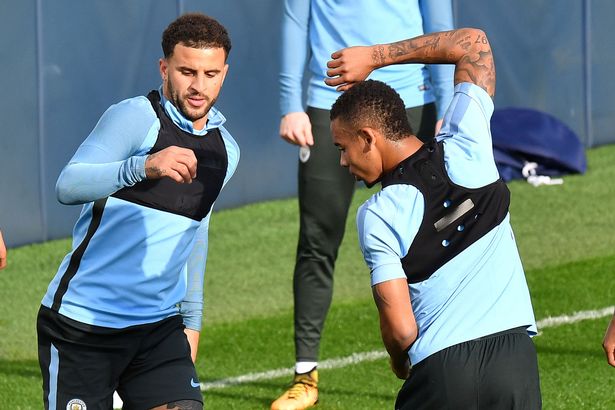 Manchester City announced that the duo Kyle Walker and Gabriel Jesus were positive for Coronavirus.

In a statement issued Friday morning, the club also revealed that two club members also tested positive for the virus.

The club has revealed that all four staff will now be watching a period of self-isolation in line with the Premier League and the UK Government’s quarantine protocol.

The club wishes staff members a speedy recovery during the Christmas period before returning to work, training and competition.

According to the club, Walker and Jesus would miss City’s Premier League matches against Newcastle, Everton and Chelsea, with a possible return to the Carabao Cup semi-finals against Manchester United on 6 January.

Naija News reports that Jesus regularly played for the City in his absence Sergio Aguero but he didn’t score goals and he didn’t impress City Boss, Pep Guardiola.

He has only four goals in 15 games in all competitions in this term, and he ended the drought when he scored a goal against Arsenal in the Carabao Cup in the middle of the week.

English defender Walker is also a regular Blues player, playing 18 times in all competitions and scoring a goal at former club Sheffield United to give City three points at Bramall Lane earlier in the campaign.