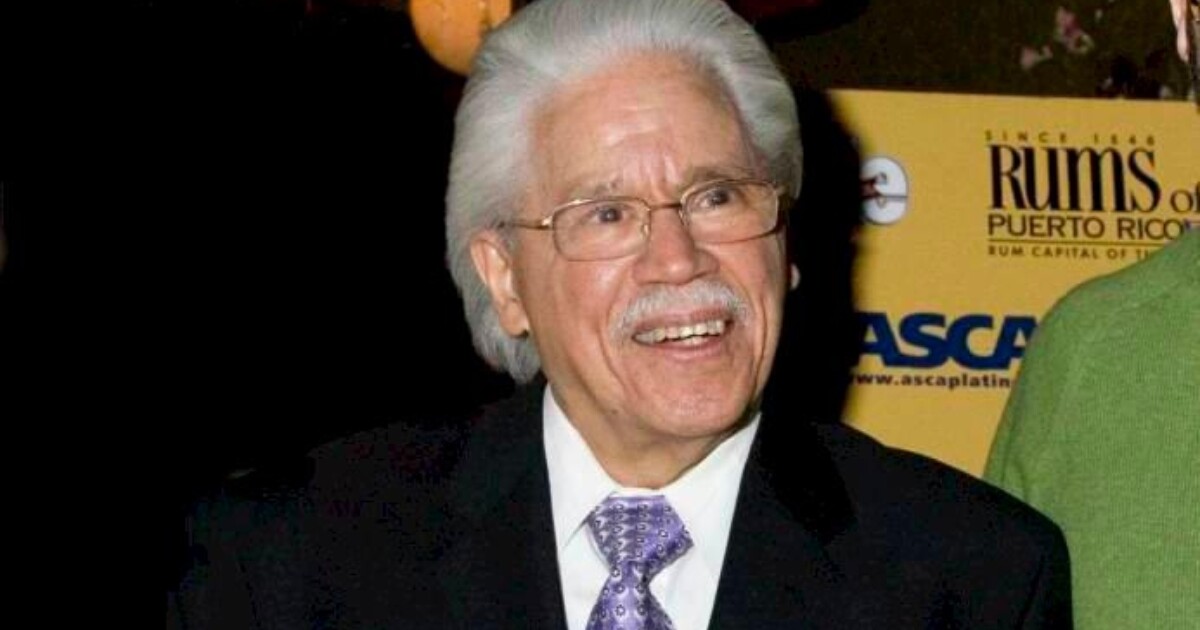 Pacheco was born on March 25, 1935 in Santiago de los Caballeros, Dominican Republic. Throughout his life, he was known for his commitment to raising the Afro-Caribbean community and its music.

Named “The Godfather of Salsa”, Pacheco composed more than 150 songs, many of which became classics – such as “La Dicha Mía”, “Quítate Tu Pa’Ponerme Yo”, “Acuyuye” and “El Rey De La Puntualidad”.

At the age of 11, he moved with his family to New York, where he was able to continue his percussion studies at Julliard School and became one of the best percussionists of his time. He was also known for playing the flute, saxophone and accordion.

The young musician organized his first orchestra in 1960, the legendary “Pacheco y Su Charanga,” and his first album sold more than 100,000 copies in less than a year, making it the best-selling Latino production of the time.

From that moment on, Pacheco and his milieu internationalized their own dance style, “Pachanga” – a fusion of Pacheco’s name with “Charanga” – which made him an international star, during several tours in the United States, Europe, Asia, Latin America, and even Africa.

Pacheco and his Charanga were the first Latino orchestra to lead the legendary Apollo Theater in Harlem in 1962 and 1963. In late 1963, his career took a historic turn when he co-founded Fania Records with Italian-American lawyer Jerry Massucci. has for decades gathered under one banner the most famous Latino musicians of the time.

As the company’s CEO, creative director and music producer, Pacheco was responsible for starting the careers of many former Fania Records students, including Ray Barrett, Bobby Valentín and Rubén Blades.

Throughout his life Pacheco was characterized by his commitment to the development of the Latino community throughout the world. In 1994, he founded a scholarship program that provides financial assistance to Latin American students in their first year of college.

Pacheco was also known for participating in all kinds of solidarity and charitable initiatives, such as the Concert for Life, held in 1988 in New York to raise funds to fight AIDS.

Until his death, Pacheco counted nine Grammy nominations, ten gold records and countless other awards that paid tribute to his work as a flutist, composer, arranger, band leader and producer. In 1998, he was inducted into the International House of Latin Music Hall of Fame; and in 2005 the Latino Recording Academy awarded him the annual Latin Grammy Lifetime Achievement Award.

This story was originally published in Spanish. It was translated and edited for clarity by Times journalist Suzy Exposito.