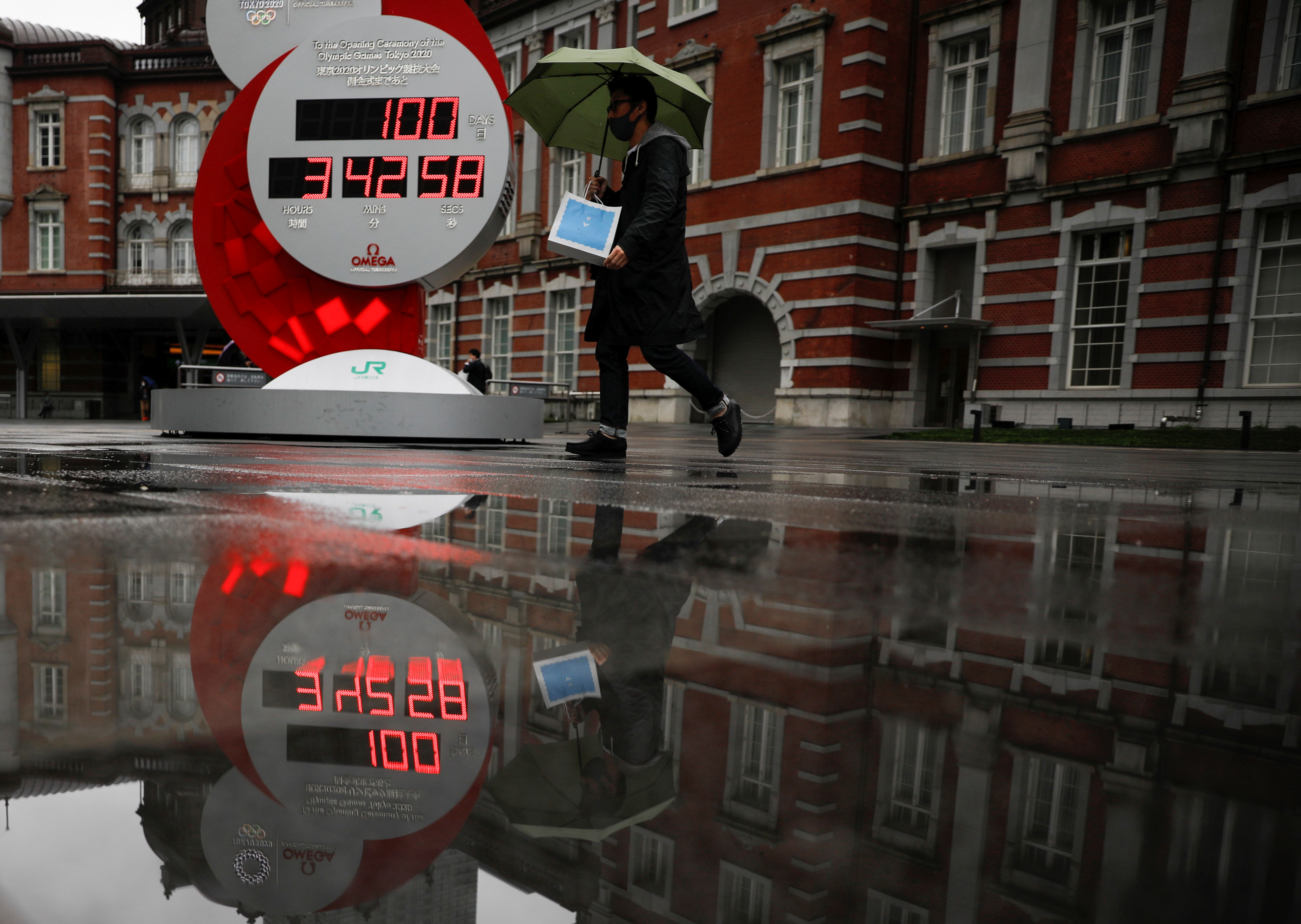 A countdown clock showing that there are 100 days until the Tokyo 2020 Olympic Games that have been postponed to 2021 due to the coronavirus disease pandemic (COVID-19) is reflected in a puddle in Tokyo, Japan, on April 14, 2021. REUTERS / Issei Kato

Japan is expected to expand quasi-emergency measures to 10 regions on Friday, with the spread of a fourth wave of COVID-19 cases, casting doubt on whether the Summer Olympics can be held in Tokyo.

Economy Minister Yasutoshi Nishimura told reporters that the government was considering adding Aichi, Kanagawa, Saitama and Chiba to six other prefectures already under orders, including the metropolises of Tokyo and Osaka. The final decision is expected on Friday afternoon.

Daily cases in Osaka reached a record 1,208 on Thursday, due to a virulent British strain of the virus. New infections increased to 729 in Tokyo, the highest since the beginning of February, when most of the country was in a state of emergency.

A senior official at the ruling party said on Thursday that canceling this year’s Olympics remains an option if the coronavirus situation becomes dire. Read More

A reduced torch relay is already underway. Foreign fans have been prevented from participating in the Games and officials say domestic fans can also be kept out. Read More

The near state of emergency allows local governments to order bars and restaurants to shorten their hours and impose fines on those who do not comply. A state of total emergency was declared twice in Japan during the course of the pandemic.