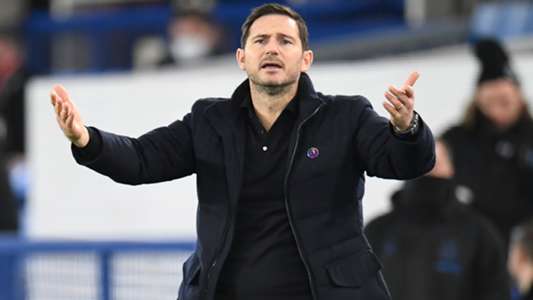 The Blues are fifth in the table, six points behind the lead, and the manager wants to see improvement

Frank Lampard insisted on not worrying about Chelsea’s record against the sides in the top half of the table.

Before beating West Ham on Monday, the Blues were no better than the team that started the day in the top half of the table.

Furthermore, the Blues fought for goals against teams at the top – drawing gaps against Liverpool, Tottenham, Manchester United and Everton.

Lampard, however, thinks it is nonsense to suggest that his side has problems when playing against teams from the upper echelon of the division.

“I read a lot about that static before West Ham and I think this year has shown that the balance of the Premier League has changed,” Lampard said. Sky Sports. “Anyone can beat anyone, whether you’re at the top or the bottom.

“I think it’s a bit of a red herring as a stat to watch games against the top half versus the bottom half of the table.”

The Blues head to a meeting with Arsenal, a team that Lampard says is filled with class, took fifth place in the table on Boxing Day – six points behind leader Liverpool.

Lampard feels his side is advancing, but says more needs to be done if they are to be considered title challengers.

“We want to be challenging for the titles, but sometimes we have to accept that it’s step by step. We have taken a few steps, but I think we have the potential for much more.

“It’s about continuous improvement and that’s important for focus.

“It is hard [to set a target]. It is clear that I ask them to continue every year – in my work, that is what you have to do all the time, regardless of your situation. Coming in fourth place for us was positive last year given the circumstances, but every year looks different and every team is improving around us. “