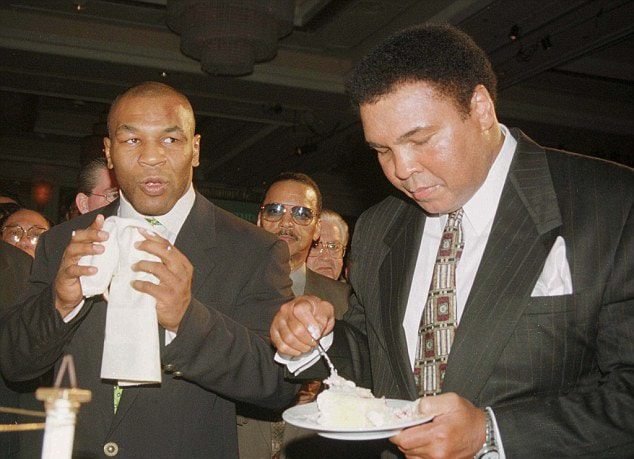 UFC rising star Khamzat Chimaev has been going through some adversity lately as he has been affected by health problems related to the coronavirus.

Chimaev even withdrew from the UFC once; such was his level of frustration. But ‘Borz’ is now back on track and hopes to find its way to the Octagon by August.

However, many believe he plans to return to the octagon in a hurry. Chimaev was completely grounded due to COVID-19 and had to stop training completely to prevent further damage.

But he is confident of his return and the Chechen has also continued to compare with boxing greats like Mike Tyson and Muhammad Ali.

Asked if it was a good idea to return so soon, Chimaev replied, “Yes, I think that’s correct because I’ve only been to 3 fights in the UFC. Like I didn’t show who I was.

“People still say, ‘Oh, he beat the tough guys.’ It makes me in somewhere like now, I have to show these people like me. I would love to break everything, take my belt and show these guys who is the best in the world.

It will be interesting to see with whom the UFC parries Chimaeva upon her return. He was supposed to fight Leon Edwards before health problems. So, ‘Borz’ can be expected to face an opponent of the same caliber.

There is no denying the immense potential and talent that ‘Borz’ possesses. He has everything to be a future phenomenon. But he only has 3 fights with the UFC, and he has a long way to go.

It could be argued that it is still facing the toughest competition within the octagon. So comparing yourself to legends like ‘Iron’ or Ali might be a bit imaginary at the moment.

His last appearance against veteran Gerald Meerschaert was a statement from ‘Borza’. He knocked out ‘GM3’ in 17 seconds. Whoever has to face this beast upon his return will at least have his hands full.

What did you think about Khamzat Chimaev’s claims?