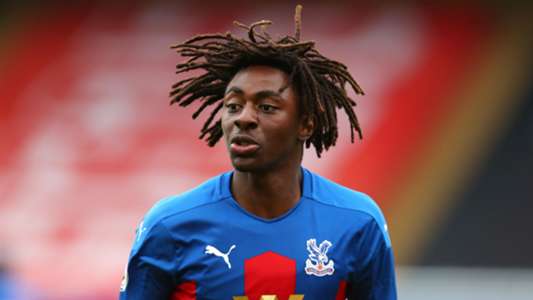 Crystal Palace midfielder Eberechi Eze looked back on his journey to the stars, including how he was released by Premier League giant Arsenal at the age of 13.

The midfielder was born in Greenwich to Nigerian parents and in his youth began to develop his talent in football, playing for numerous clubs and competitions by age.

Eze was then given the opportunity to start his football career at Arsenal, but he spent a short time with the side before he was released.

Disappointment with the release of Emirates Stadium clothing overcame him as he cried for days along with his mother.

The midfielder was promoted to the first team in 2016 and continued with 104 league appearances for QPR, scoring 20 goals, among other brilliant displays.

Eze’s eye-catching performances soon caught the attention of a number of Premier League clubs last season before opting for Crystal Palace in the summer.

The midfielder wasted no time in adjusting to English top flight and soon became a consistent performer in Selhurst Park clothing.

Eze has now played 14 times for Palace in all competitions, and in November he was named Club Player of the Month.

The 22-year-old versatile midfielder has revealed that previous life struggles have helped him develop into a better player.

“It wasn’t the easiest, but we knew we wanted to enjoy life as much as we could and we didn’t want to be in the position we were in. So it was important that we worked hard and did everything we could to give ourselves the best chances we could.” said Eze for Premier League Productions.

“My brothers and I played [football] at every opportunity we could with our friends and neighbors from the area. I think that’s the first real look at football we’ve all gotten; we wanted to play football to enjoy it.

“There was never any pressure, anything, just the idea of ​​going out to play with our friends. The longer I stuck to it, the easier it was for me to be in clubs and still try to have that mentality.

“Several clubs scouted me and that’s when I went to Arsenal for the first time. It was hard at a young age, especially when they let me go. My mom and I cried, we were all so upset – that’s all you know at that age.

“But looking back on it now, it’s the beginning of my journey and I’m thankful that it went that way. If it weren’t for that, I might not have the resilience, the courage to go and be what I am I want to be somewhere else. That makes me shaped to be what I am today.

“I came to terms with how hard it was going to be. It was for me, realizing that this was going to be a lot harder than I might have thought, somewhere to get a professional contract and become what I wanted to be. I knew it was a little further than what I used to think. “

Eze is expected to play for Crystal Palace when he takes over Aston Villa in the Premier League on Boxing Day.