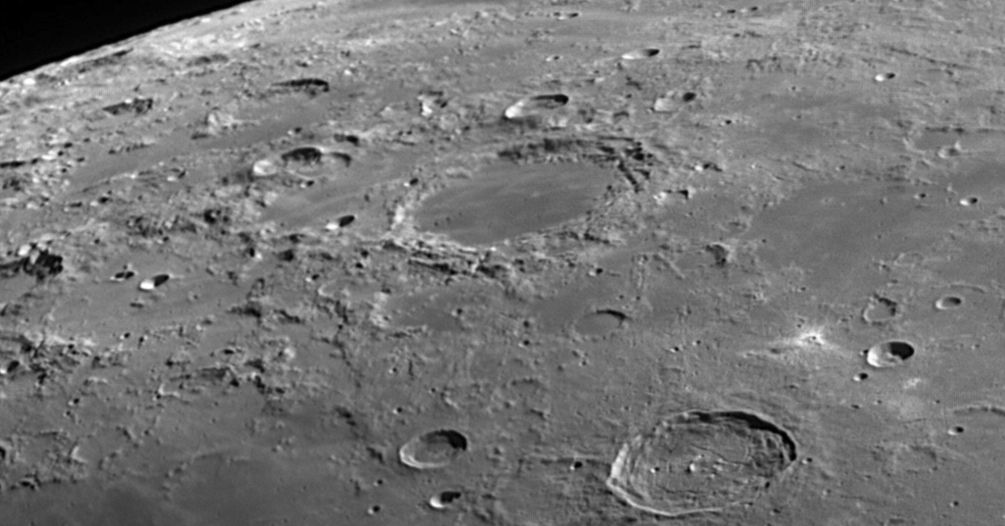 With the help of artificial intelligence and data from lunar orbiters, more than 109,000 previously unidentified craters have discovered the Moon, according to a new study in Nature Communications.

According to the study, the number of known craters on the lunar surface is now more than a dozen times larger than the 9,137 craters officially recognized by the International Astronomical Union, CNN reports.

According to Live Science, most lunar craters are categorized as “impact craters,” meaning they were formed by a meteor impact. Impact craters are the cosmic equivalent of fossils, Yang said, because they “record the history of the solar system.”

Identifying these “fossils” can sometimes be quite challenging because they vary dramatically in size and can overlap and erode over time.

With these complications in mind, Young’s team used data from thousands of previously identified craters to create a program that locates new ones. The program was applied to data collected by lunar orbiters Chang’e-1 and Chang’e-2, and the results revealed 109,956 additional craters on the Moon’s surface, Live Science reports.

The vast majority of craters are categorized as “small” and “medium”, however, from a pedestrian perspective. These craters are still quite large – 0.6 to 60 miles in diameter.

One of the most significant discoveries of the study revealed that the craters covered all five lunar geological periods, and some dated as far back as 4 billion years ago.

Live Science reports that Yang’s team hopes to apply its method of locating craters to other celestial bodies in the solar system, such as Mars, in the near future.

In December, China became only the third country in the world to successfully collect rocks from the moon when the Chang’e-5 unmanned mission returned to Earth carrying the first terrestrial samples of the moon, CNN reports.