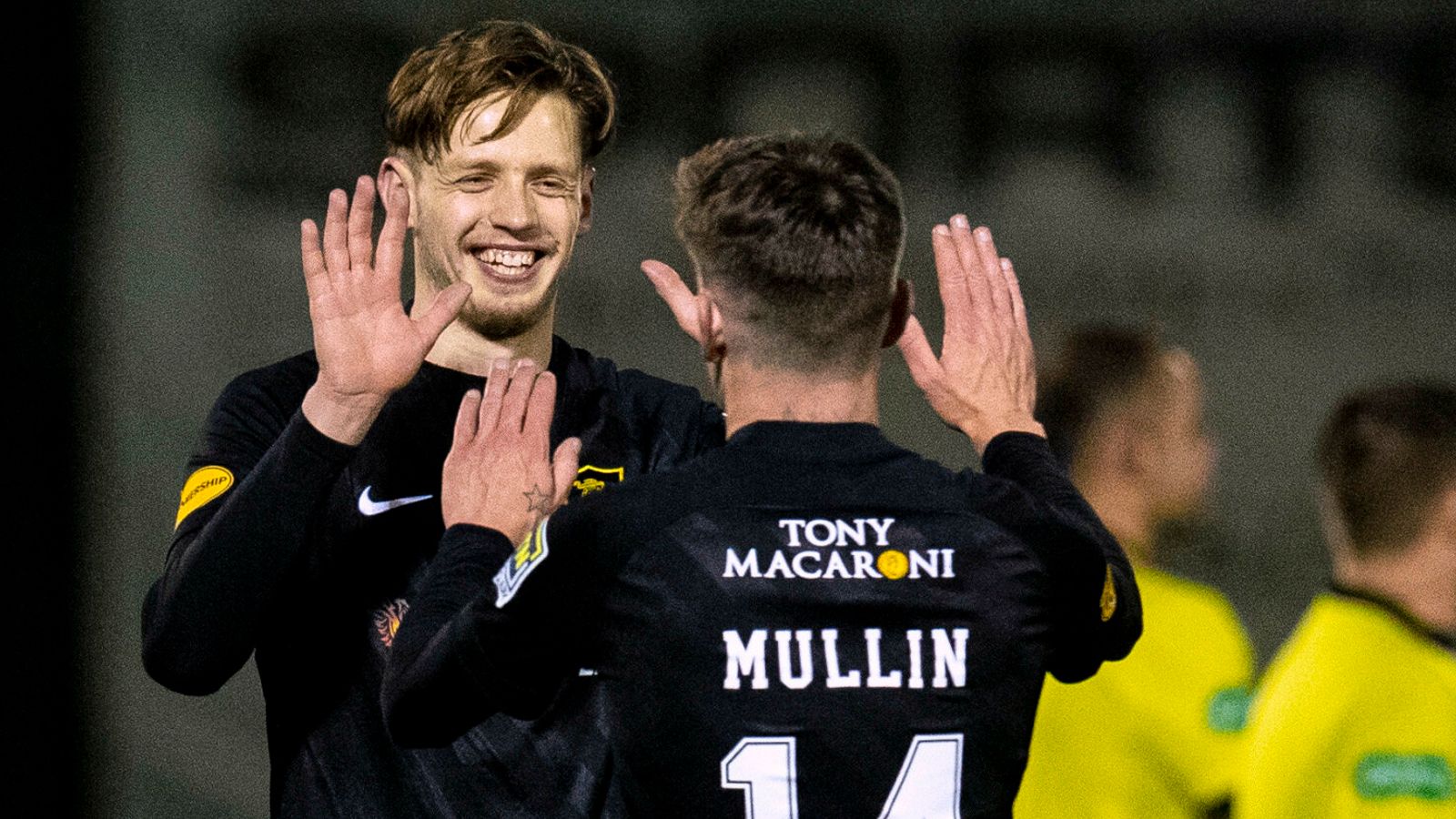 Livingston secured their fifth consecutive victory under new manager David Martindale with a 2-0 triumph in Hamilton.

With a header by Jon Guthrie in the second half and a free kick by Josh Mullin in the 90th minute, they sealed the overall victory of the Scottish Premiership.

The result was that Martindale kept a 100 percent winning record since taking over the managerial reins after the departure of Gary Holt, initially on a temporary basis before being confirmed in the role on Monday.

Thanks to a positive Covid-19 result to an unnamed Hamilton player, head coach Brian Rice made three changes to the team that beat Ross County on Saturday.

Livingston were without suspended Marvin Bartley, while Jason Holt came in for his captain, but the visitors dominated the first half, but Hamilton somehow managed to keep them at a distance.

Livingston was constantly pushing for a breakthrough, and almost came through David Moyo’s own goal, when Mullin’s dangerous cross into the penalty area bounced off the head of the Accies striker, but he fell only on the wrong side of the post.

Livingston came close again when Craig Sibbald threw the ball into the penalty area, but Guthrie fired a low shot from close range next to Ryan Fulton’s goal.

In the first part, it was almost one-way traffic, and the pattern of play continued even after the interval, Livingston pushing forward and Hamilton trying to stop them.

However, Hamilton’s resistance finally broke Guthrie’s seven-minute second half. Holt swung his calling cross and Guthrie rammed his head down inside the hexagon behind Fulton.

Hamilton was forced into a change in the 62nd minute when Fulton was injured and replaced by Kyle Gourlay and Justin Johnson also came in instead of Hughes.

The changes had a positive impact as Accies asked more questions about Livingston’s back pair, but Gourlay had to cleverly save Robinson to keep the home side.

Then in the 90th minute Gourlay was beaten when Mullin famously took a free kick.

Hamilton hosts Celtic on Boxing Day at 3pm – live on Sky Sports Football – while Livingston travels to Kilmarnock at the same time.