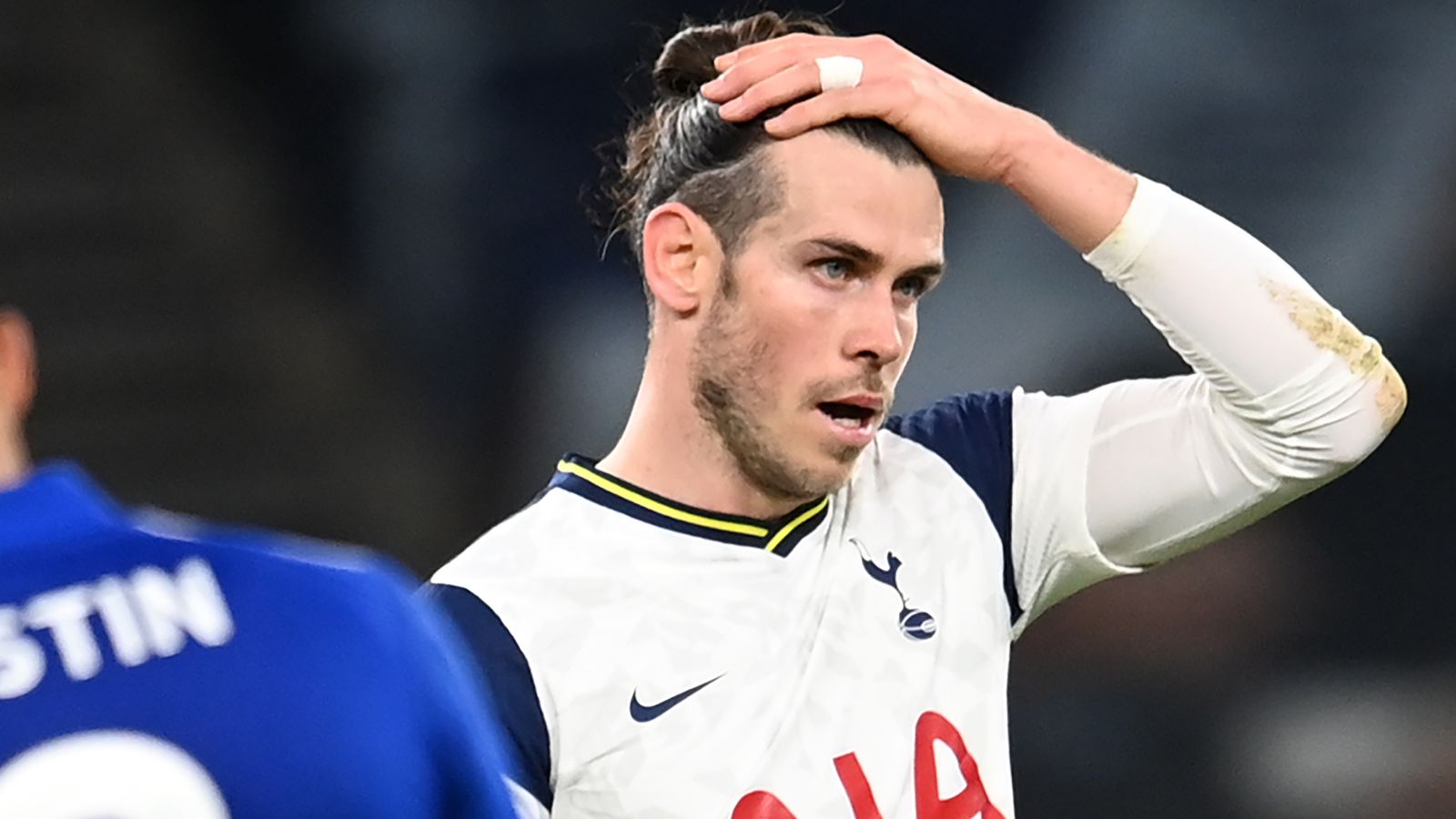 Gareth Bale started just one Premier League season for Tottenham this season and recorded just 161 minutes on the pitch.

If he was still at Real Madrid, those numbers would provoke well-known criticism of Bernabeu boss Zinedine Zidane – “why not play him ?!” – and sparked speculation about how much the unfortunate Wales striker must be left out.

Three months after returning to Tottenham, that’s not quite the case. But Spurs fans will soon feel right to wonder when they will see more of their hero returning, which club, let’s not forget, pays a hefty sum.

His 45-minute camera against Leicester was his last outing in the league – but, after missing the previous two games with illness, Bale drew attention and struggled to get into the game and turn things around for the Spurs.

Recovering from a knee problem was at the heart of the problem – and the Spurs signed the striker knowing they would have to be patient. But is his return to fitness and form taking longer than expected?

Ahead of the quarterfinals of Tottenham’s Carabao Cup in Stoke, where Bale could get more time to play, Sky Sports News reporter Paul Gilmour, who closely covers the club, appeared at last week’s Pitch to release a preview podcast to discuss the situation.

“There are a number of factors at play,” Gilmour said. “I’ve talked to someone and they tell me that Gareth Bale is incredibly happy at Tottenham and it stays that way. Nothing has changed. He’s happy, he enjoys coming back.

“We all know he’s 31, the injury record hasn’t been great in the last few years, he hasn’t played much. So I think what Tottenham are doing has a reasonable approach.

“They always said it would give him time to speed up. But then, of course, they add that the players who played actually impressed and brought Tottenham to the position they are in at the moment.

“When Jose Mourinho’s team competes at the top of the league, he historically favors the same kind of player backbone. He has mostly kept the same backbone of players for Premier League games this season, and Gareth Bale is limited to the Europa League starting and unusual minutes from the Premier league.

“From Tottenham’s point of view they take a sensible approach, they don’t bring him back to a really intense league too soon.

“They put a lot of money into this business and if he broke down because he did too much, it becomes a real problem for Tottenham.”

Bale could be key in the second half of the season

“I have a feeling we won’t see the best of Gareth Bale in a Tottenham shirt until maybe the second half of the season.

“It’s a long season, Tottenham have a great team with a lot of competition, which we are currently seeing with problems with Dele Alli and Harry Winks. He is trying to make the most of that team.

“There was no pressure to play Gareth Bale because you’ve been watching someone like Steven Bergwijn and even Dele Alli in the last few games. In Gareth Bale’s absence, Dele Alli has little time to play. Not a bad option Let Dele Alli come in. That’s the depth talent in the attacking parts of the team.

“All these factors come together to say there is no need to panic because Tottenham fans will not see him best and he will disappear at Real. I have a feeling it may be the second half of the season before we see a few significant minutes from Gareth Bale. “

The key to patience, despite emotional attraction

“Tottenham fans have fond memories of Gareth Bale from his first spell. On the day of his signing I was there, he came back the same day Sergio Reguillon and poor Sergio were completely overshadowed that day. And he was the one who was incredibly impressive this of the season!

“But Bale has that stellar quality, that emotional attachment, everyone was talking about him. Pulling the emotional strings of the heart.

“All Tottenham fans want to see him do well, but it’s just a matter of patience and he is very happy at the club, I was told.”