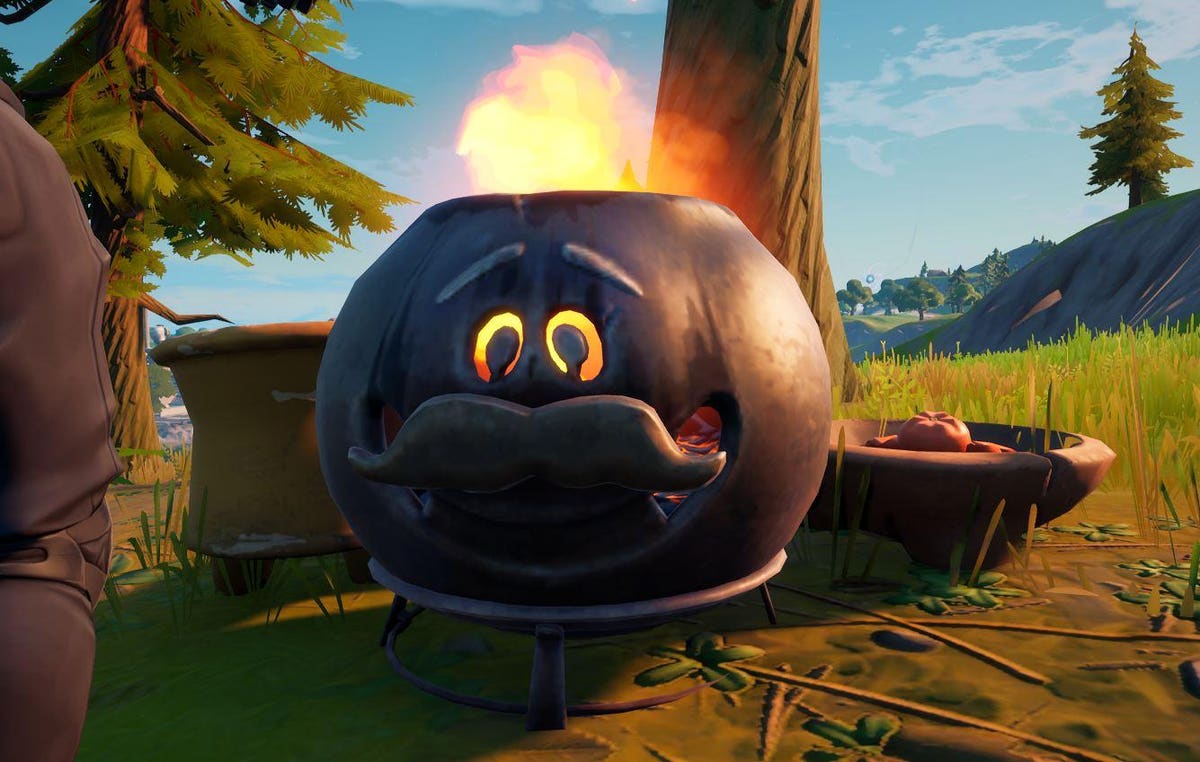 The fast food conflict was one of the first strange little meta-stories in Fortnite, setting up Pizza Pit against Durr Burger in a fight for the dominance of fast food that I’m sure has sold quite a number of skins. It led to one of the first LTMs not being the Battle of the Royal Kings, all the way to that season where I’m 90% sure. It seems to appear here in Chapter 2, perhaps permanently establishing the identity of our delicious mascots as “hunters”. Here’s a place to light up and dance near Pizza Shrine Fortnite.

It’s really pretty simple and it’s marked on your map. You headed to Pizza Truck or Pizza Pit restaurant, which are here:

The shrine you are looking for is a kind of large, imposing cauldron with the face of Pizza Guy and a few bags of tomatoes around. One is near the truck and one is in the restaurant. In either case, all you have to do is go head over heels, turn the thing on. Don’t forget to dance! At first I was confused and forgot to dance.

It is assumed that a similar challenge with burgers will be next week, and then maybe some kind of climate conflict a little later. Or not, the mascots are at play here in eternal conflict and no battle will ever be final. Wasn’t there a taco restaurant in the game? In fact, it was somehow the main thing on the old map, but it never really got into this conflict. Which is off, when you think about it.

We are now halfway through the season and hitting in the middle of Operation Snowmando’s tasks. Lots of work in the game, especially for those who choose to stay at home.