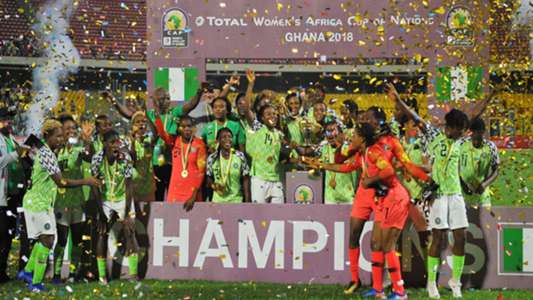 Fifa has approved up to six places for Africa at the 2023 Women’s World Cup, hosted by Australia and New Zealand.

The development comes after the expansion of the global exhibition to a competition of 32 teams, allowing eight additional teams to participate.

Following ratification by Fife on Thursday, Africa will get another automatic (compared to a competition of 24 teams), meaning four teams will. This will take effect for the 2023 edition, where two more can qualify.

The new competition with 32 teams has 29 direct dates, and three other places will be decided through a playoff tournament between 10 teams, and two countries from Africa will also be fighting for tickets. If these two qualify, then Africa will have a total of six participants.

In addition to Africa, Uefa got 11, Asia six, Concacaf four, while Conmebol and OFC gave three and one.

Asia, Africa, Concacaf and Conmebol each won two places in the playoffs, while Uefa and OFC won one each.

“The two host countries, Australia and New Zealand, will automatically qualify for the 2023 FIFA Women’s World Cup, and their dates have been taken directly from the quotas allocated to their confederations, the AFC and OFC, respectively,” Fifa said in a statement.

According to Fifa, the 10-team playoff tournament will be held in Australia and New Zealand as part of the World Cup preparatory event, and all participating teams will play at least two matches.

“Teams from the same confederation will not be allowed to be drawn in the same group,” Fifa added.

“The playoffs will be used as a test event in Australia and New Zealand for the FIFA Women’s World Cup, and both hosts will be invited to take part in friendly matches against Group 1 and Group 2 teams, thus ensuring that all teams play two matches during tournament play-off. “

Qualifying matches are expected to start in 2021 and end in 2022, but details have not yet been released in Africa, following the abolition of the African Women’s Cup of Nations in 2020 due to the coronavirus pandemic.