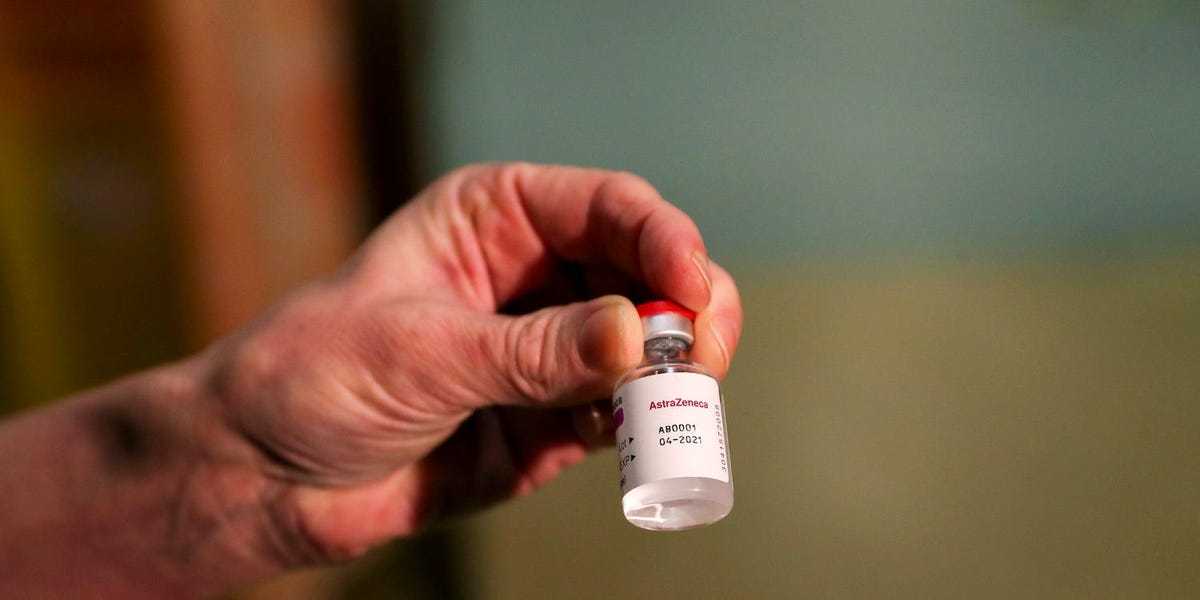 The sister of a man who died of a blood clot after receiving the AstraZeneca COVID-19 vaccine encouraged others to continue taking it.

Dr. Alison Astles told Bill Gardner and Sarah Knapton of the Daily Telegraph that her family still encourages people to get the injection, arguing that its effectiveness against the coronavirus far outweighs the risks.

Neil Astles, 59, received a single dose of the vaccine on March 17, the Telegraph reported. He died on April 4, about three weeks later. The Telegraph published a photo with its story:

The interview with Dr. Astles was published hours after the European regulator announced that life-threatening blood clots could be an extremely rare side effect of the AstraZeneca vaccine and brain blood clots, and UK authorities have withdrawn its use in children under 30 .

Astles, a pharmacist and subject leader at the University of Huddersfield, said his brother was “extraordinarily unlucky” and asked people to continue taking the injection, if offered.

“We trust the process, we trust the regulator and, despite what happened to our family, we don’t want people to be scared. That’s the message we want to get across,” she said.

Astles said his brother, a local government lawyer in northwest England, was generally fit and healthy.

A week after his first dose of vaccine, the Telegraph reported that he had some characteristic symptoms of blood clots, worsening headaches and loss of vision in his right eye.

Mr. Astles went to the emergency room after the symptoms got “much worse”. After 10 days of worsening symptoms, Astles died on April 4, almost three weeks after receiving the vaccine, the Telegraph reported.

“There was a strong suspicion from the start that it was the Astra vaccine because of its very low platelet levels,” she said.

She said that “emotionally”, the family was furious at the loss of their brother, but intellectually, “there is nothing in our minds to be really furious. My brother was just extraordinarily unlucky.”

“Despite what happened to our family, we strongly believe that everyone should get their first and second doses of the AstraZeneca vaccine,” Astles told the Telegraph.

“If we all have the vaccine, some of us may have a blood clot, but the evidence is that fewer people will die.”

The Telegraph reported that Astles’ death is too recent for the coroner – an officer investigating unusual deaths – to have produced a formal cause of death for him.

Low platelets next to brain blood clots are one of the unusual side effects of the AstraZeneca vaccine, the European Medicines Agency said on Wednesday.

If the clot is detected early, symptoms can usually be treated with anticoagulant drugs.

Symptoms of blood clots include: shortness of breath, severe and persistent headaches, persistent pain in the abdomen and neurological symptoms, including blurred vision, said Andrea Mitchelson of Insider on Wednesday.

Experts argue that receiving the AstraZeneca photo is safer than everyday activities, such as getting on a plane, Insider Aria Bendix, Andrew Dunn and Hilary Brueck reported on Wednesday.

The UK has advised people under the age of 30 to receive an alternative to the AstraZeneca vaccine, since the risk-benefit balance is “better balanced” in younger people, the Joint Vaccine and Immunization Committee said on Wednesday.

Doomsday is Akeredolu, Jegede, while the Tribunal decides on Tuesday via Zoom

Exclusive: The Honor 50 series comes next month with a double ring

Breakthrough treatment can prevent damage to a broken heart