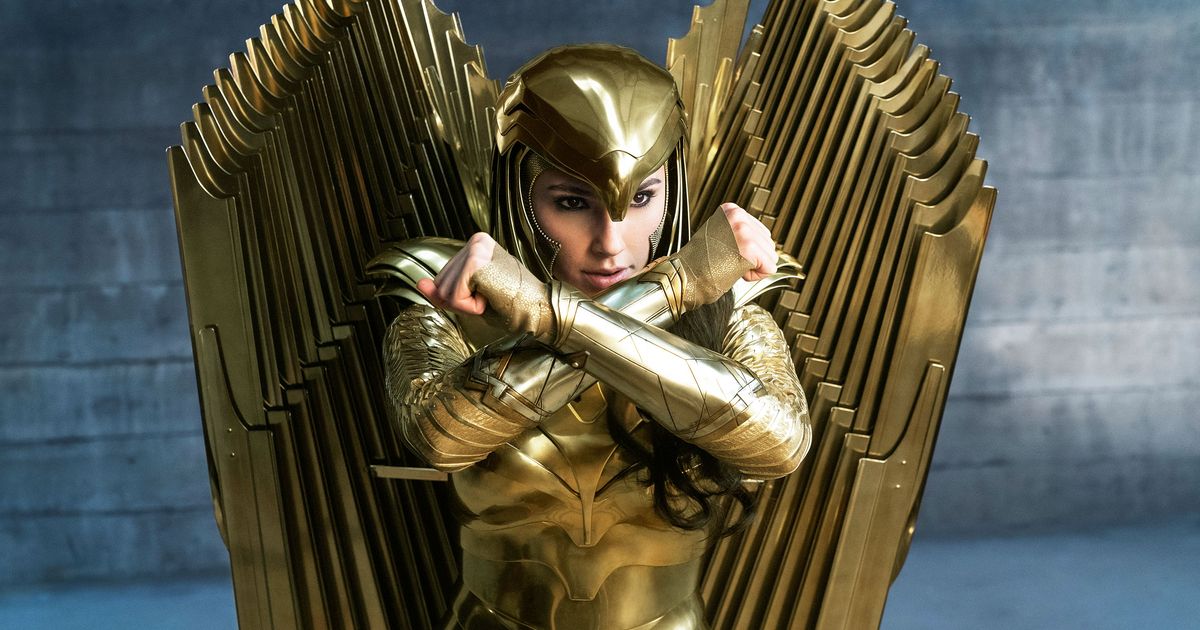 In the 1970s, the most compelling song about superheroes contained lyrics about someone wearing “satin leggings” and “fighting for your rights.” Strange, not Lynde Carter the retro-Amazon warrior or current Dia Gal Prince, Gal Gadot, ever wore satin leggings as a regular part of her outfit. Although, if we’re not mistaken, it’s very possible that the evil cheetah Kristen Wigg rocked the leggings close to that description in The Wonderful Woman 1984, a film in a hurry to end up going by its hashtag title –WW84. Anyway, and no matter who really wore satin leggings (tragically no one?), There’s a good chance that by the end WW84, at least a small percentage of people will sing that old song to themselves again with satin leggings. And that’s because the scene after the loan is for WW84 it’s a giant earthquake of nostalgia from the 1970s.

Technically during the middle credit scene, after the story of Fr. WW84 is supposedly over, we meet a mysterious raven woman, who is rescuing a crowd of innocent people from a catastrophe seemingly caused by a falling staircase. At first, one should think that this is the Miraculous Woman Gala Gadota, but soon the character turns to the camera and tells everyone differently: her name is Asteria and “she has been doing it for a long time”. If you have even a basic knowledge of pop culture, you will recognize the actress behind Asteria. Surprise, it’s the “original” Wonder Woman, actress Lynda Carter! The joke with the tongue in her cheek here is simple: OG Wonder Woman is now played as the Amazon warrior Asteria, who Diana told us at the beginning of the film, that the person who originally wore the golden suit of pseudo-angel armor resurrected for years WW84.

As a comic book character, Asteria isn’t exactly a classic deep cut. Compared to the history of DC comics, “Asteria” is a fairly new idea, at least in relation to the past WW84 uses to describe it. In the film, Diana tells Steve Trevor (Chris Pine) that Asteria sacrificed herself to save the rest of the Amazons from the terrible world of humans. This is mainly checked by the Asteria reference from 2018/2019 Justice League a series of comics, specifically Justice League (Volume 4) # 11, in which Wonder Woman tells Aquaman something quite similar to the legend of Asteria.

However, the continuity of Asteria from these modern comics is not exactly one on one with what we see WW84. And that’s because it is it seems like, starring Lynde Carter, the film plays with the idea that this Asteria is somehow, sort of, another wonderful woman.

In 1998, in a one-legged DC comic, the so-called Elseworld’s Finest: Supergirl & Batgirl Vol 1.readers briefly met another Asteria, a person who looked like an analogue of the Wonder Woman of the parallel Earth. In this dimension, Supergirl and Batgirl basically occupy the same positions that Superman and Batman have in “our” world, but instead of Diane Prince, that world (Earth-1098) had Asteria. Does that mean Lynda Carter will face Gal Gadot in the future Wonder Woman sequel and ask her what the hell happened to her posh armor? Alternatively, could Asteria Lynde Carter tell Gala Gadot that she is different Asteria from parallel space? Or, more absurdly, she’s a really masked alien and a refugee from the CW Arrowverse TV shows?

If you’re feeling blinded by the latter, here’s the following: This isn’t the first time Lynda Carter has entered DC live comics. Besides having a cameo Smallville back in 2007, it was too very recently played United States President Olivia Marsdin in the CW Great girl. But in that series, he discovers that her character is a shape-alien alien named Durlan. If you think CW superhero shows aren’t held in the same continuity as DCEU movies, you’re mostly right. However, Flash Ezre Miller (from Justice League) went over and met Grant Gustin’s Flash in the great CW crossover trick, “Crisis on Infinite Lands.” If that can happen, is it so tense to believe that Lynda Carter would do the same?

Will any of these things ultimately matter to Wonder Woman continued? Short answer: Probably not. Bringing Lynde Carter to the cameo was probably just a smart way to make all fans of the older generation feel happy, and also to remind subscribers that, yes, the 1970s Wonder Woman, along with that crazy themed song, is now airing on HBO Max.