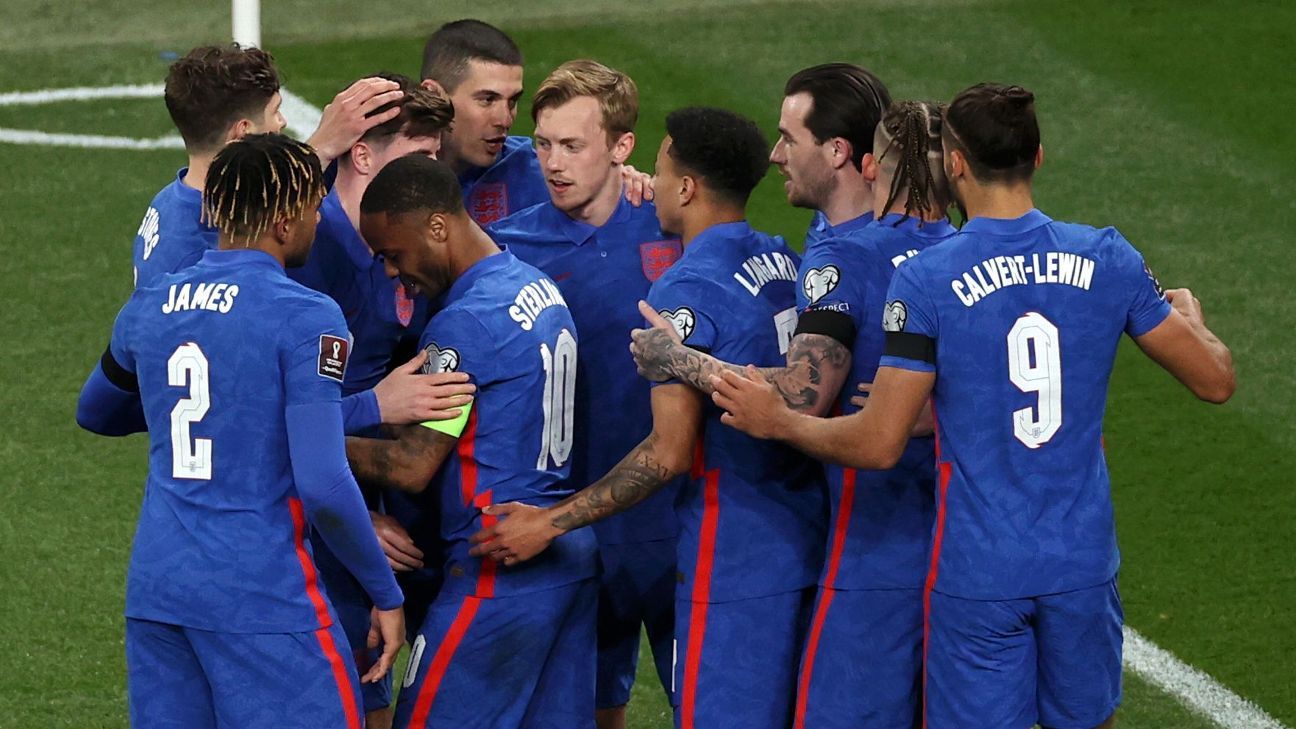 Dominic Calvert-Lewin scored while England cruised with oversized San Marino, 5-0, in a qualifying match for the group stage of the World Cup on Thursday at Wembley.

– UEFA World Cup qualifiers at ESPN +: Stream LIVE games and replays (US only)
– Stream ESPN FC daily on ESPN + (US only)

Ward-Prowse opened the scoring in the 14th minute when he ran on Ben Ben Chilwell, before beating the goalkeeper with a left-footed shot into the middle of the penalty area. His goal was first in the England jersey.

Calvert-Lewin scored his first day seven minutes later with a simple header from a cross by Reece James.

Sterling added a third to half an hour after a neat dribble down the left side, and Calvert-Lewin finished his bracket immediately after the break with a light pass.

A substitution in the second half Watkins added extra brilliance by hitting his seven minutes of time.

The match marked 50th place for Southgate, who became the first man to score 50 caps for the Three Lions as a player and manager. He is the seventh manager to have led 50 games for the state all along.

The English qualifying campaign continues on Sunday against Albania before hosting Poland on Wednesday.