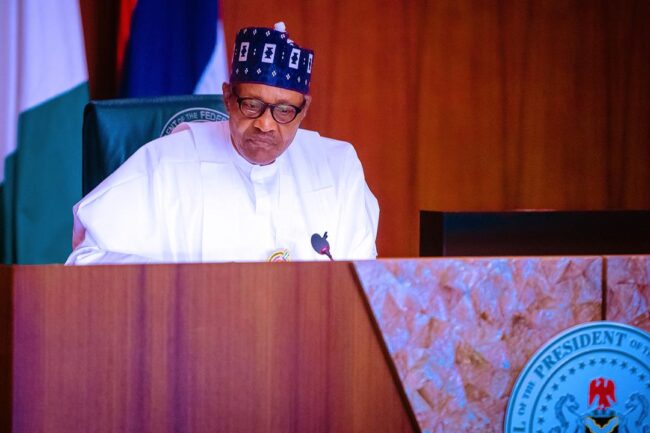 The presidency has raised an alarm over a “defamation campaign” against President Muhammad Bukhari.

In a statement Wednesday, Femi Adesina, a presidential spokesman, said there was a conspiracy to show Bukhari that he was not in charge of the country.

He said those behind this conspiracy would throw out a series of lies against the president in the coming days.

Adesina has asked the public to be wary of such reports, adding that the intention of those behind it is to throw the president into a bad light.

“This warns the public of a campaign of slander in the work against Mr. President and his office, from dissatisfied political elements in the country, who have bought flexible online media that will be complicit in their vile act,” read.

“The game’s plan is to launch an orchestrated defamation campaign in the coming days, in which President Muhammad Bukhari would be portrayed as not in charge of the state, a narrative that the initiators have already started from the acquired offshore media.

“Money and other attractive incentives are competing in front of the online media, and some of them are already accomplices, cooking up stories with jejun and unfounded allegations, all in order to sow the seeds of discord and discontent in the country.”

“Nigerians are urged to be careful and prudent in what they consume as news and special reports of such online media, as they are in agreement with destabilizing agents, seeking final political gains.”

Adesina said Bukhari remains concentrated and unanimous in his determination to serve the country the best he can.

“It is already visible in the infrastructure that can be seen on the roads, railways, bridges, airports and many other steps around the country. Agriculture is another valuable testimony, “he said.

“The fight against corruption, insecurity and the reintroduction of the economy is also proceeding rapidly, and the Bukhara administration will not be hampered and will continue to serve with heart and strength, despite all the tricks.”