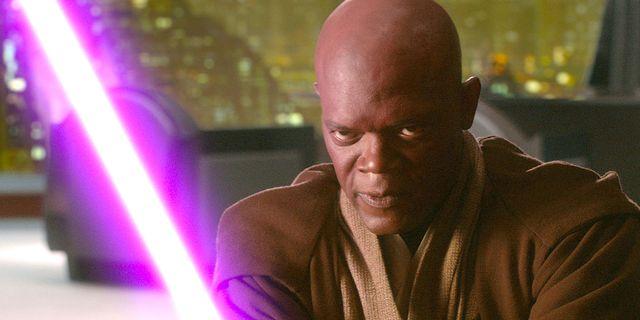 Samuel L. Jackson played the Jedi Guardian in the ill-fated prequel trilogy, and while those films never won a Star Wars fan base, some characters did. They widely agree, for example, that Ewan McGregor was the great Obi-Wan Kenobi.

Almost everyone agrees that Darth Maul was a great villain and we all want to see him more (and probably will, at Disney Plus).

Mace Windu also falls into this category. Although he did not have the biggest role in the prequel trilogy, it was still important. Forward spoilers.

Mace Windu was the master of the Jedi Order before handing over the title to Yoda. He killed the “father” of Bob Fett, Jang Fett, at the Battle of Geonosis. And he confronted Palpatine after Anakin Skywalker revealed to him that Palpatine and Darth Sidious were one and the same.

In the end, Anakin betrayed Windu, and Sidious killed him – or did he? It has long been thought that Windu did not actually fall to his death; that a Jedi Master powerful in the Force like Mace Windu will find a way to stop his fall, lick his wounds and wait to fight another day.

This seems more likely than ever before when the Star Wars show rafts headed to Disney Plus over the next few years. Although the Star Wars movie side has taken a short break, the Force is strong when it comes to animated and live TV shows.

“The party is not over, it is just beginning! I send a very happy birthday to Samuel L. Jackson “, it is stated in the announcement. Jackson is depicted in his Jedi dress.

This is a play from the famous editorial office of Mace Windu “The party is over!” which he told Palpatine by confronting him and just before his fateful duel and betraying Emma Anakin.

It was over – but not for Darth Sidious. Windu was “killed,” and Palpatine issued Order 66, the death penalty for countless humans and aliens who were sensitive to Force and aliens across the galaxy. Windu’s fall was one of the last obstacles for Palpatine to take full control of the Republic and begin its transition to the Empire.

Mace Windu’s return makes sense in the context of Star Wars, a fable that often revives dead characters – sometimes truly alive, often as Ghosts of Force. Anything is possible with Mace. Interestingly, we never saw Mace Windu Force Ghost, which is good proof that he’s alive too. (Okay, he appears in one comic as the Spirit of Force, but it’s questionable whether he’s real at all or just a vision in Darth Vader’s mind. Also, it’s an alt-history version The empire strikes back which investigates what would have happened if Luke had died on Hoth).

Which show could he go back to? No. Mandalorian. A lot of Jedi Masters from the past appeared on that show. Maybe on Ewan McGregor Obi-Wan’s show? Or the upcoming Rosario Dawson Ahsoka to show? Both would work, although I like the idea of ​​Obi-Wan and Mace Windu meeting best.

And it’s possible that these are all smoke and mirrors, just Star Wars social media fans. We’ll see.