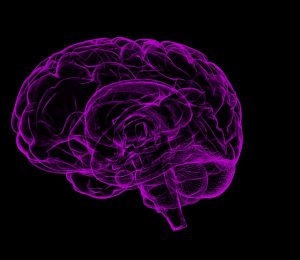 Scientists have for the first time recorded how our brains move through physical space and follow the location of others, suggesting that our brains generate a common code to mark where other people are relative to ourselves.

The researchers used a special backpack to wirelessly monitor the brain waves of patients with epilepsy as they all walked around the empty room in search of a two-meter hidden spot.

In an article published in the journal Nature, the scientists report that the waves flowed in a different pattern that suggests that each individual’s brain drew walls and other boundaries.

Interestingly, each participant’s brain waves flowed in a similar way when they sat in a corner of the room and watched someone else walk, suggesting that these waves were also used to track other people’s movements.

“For the first time, we were able to directly study how a person’s brain manages real physical space that is shared with others,” said Nanthia Suthana, assistant professor of neurosurgery and psychiatry at David Geffen School of Medicine at the University of California, Los Angeles (UCLA).

The study was part of the brain research of the U.S. National Institutes of Health (NIH) through the advancement of innovative neurotechnology (BRAIN).

In this study, the team worked with a group of participants with drug-resistant epilepsy, aged 31-52 years, whose brains were surgically implanted with seizure control electrodes.

The electrodes are located in a memory center in the brain called the medial temporal lobe, which is also thought to control navigation, at least in rodents.

Over the past half century, scientists, including three Nobel Prize winners, have discovered that neurons in this lobe act like a global positioning system (GPS).

“Several indirect pieces of evidence support the role of the medial temporal lobe in the way we move. But further testing of these ideas was technically difficult, ”said Matthias Stangl, a postdoctoral fellow at UCLA and lead author of the article.

In addition, the team made the backpack available to other researchers who want to learn more about the brain and brain disorders.