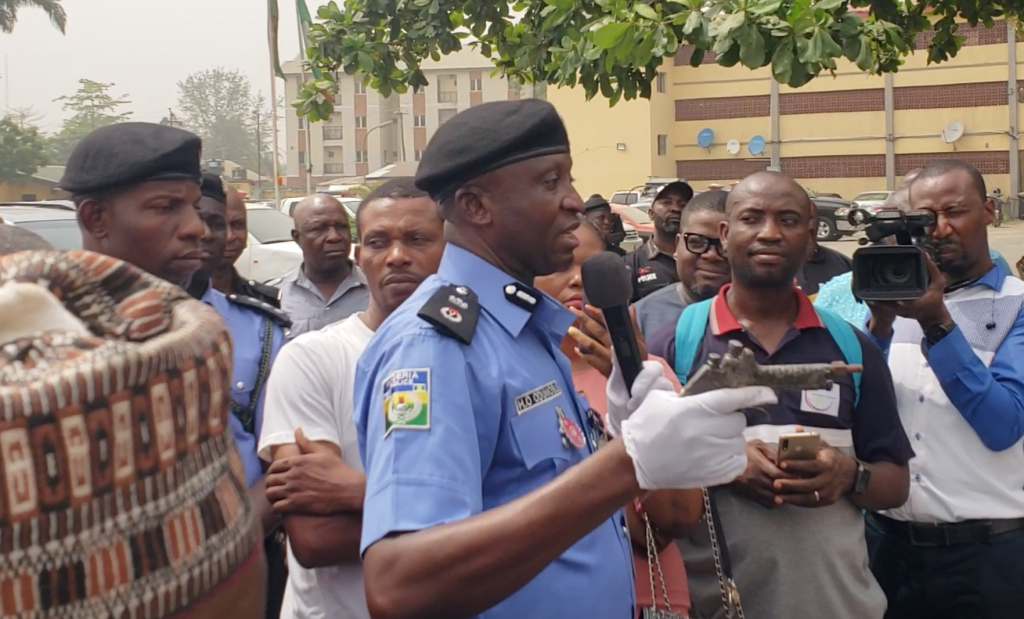 Hakeem Odumosu, a police commissioner in Lagos, says the command received intelligence about a conspiracy to attack churches and mosques during the yuletida.

Odumosu spoke in response to questions at a briefing in Lagos on Wednesday.

The police commissioner was asked to comment on a security alert issued by the Department of State Services (DSS) on Tuesday.

The DSS had raised the alarm for a conspiracy to carry out violent attacks in public places and vulnerable places during yuletide.

The agency asked Nigerians to be vigilant, saying it was cooperating with other agencies to protect lives and property.

Speaking about developments, Odumosu said intelligence had arrived from Abuja and that police were already taking steps to ensure the sinister conspiracy was “pushed into a bud”.

He also said that the forces identified vulnerable areas in the state and made appropriate deployments to prevent any attack.

“An intelligence report has come out and it is specifically said that churches and mosques are the target of attacks,” he told Odumos.

“We are working on it, everyone should make sure there is adequate security and do their legitimate business without fear.”