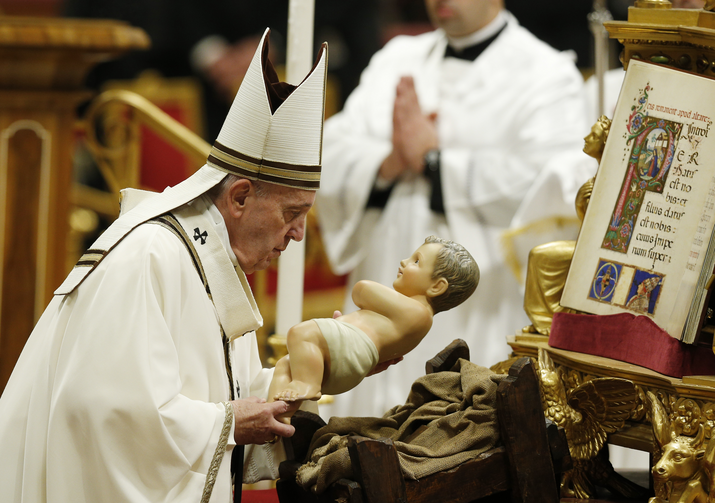 By creating Ebenezer Scrooge, Bob Cratchit and Tiny Tim, Charles Dickens left an indelible mark on Christmas, really in English itself. We call people “scrooges”. “The Christmas Song” became a classic, but the great Victorian novelist wrote many other stories especially for Christmas time – four other novels and 21 short stories. Why so much? Because he worked in a shoe blacksmith shop as a child, Dickens was always afraid of poverty. He felt he needed the income these stories generated each year.

But vacation meant more to Charles Dickens than money. Christmas was the Gospel as he understood it. The novelist was neither in church nor much concerned with doctrine, but he was deeply moved by Jesus ’message. Everything Dickens wrote and his many acts of mercy proclaimed his belief that we love God by loving the poor and the rejected. Bob Cratchit expresses the attitude of his creator when he tells his Uncle Scrooge that he always thought of Christmas time

as a good pastime; kind, forgiving, charitable, pleasant time: the only thing I know, in the long calendar of the year, when men and women seem to open their closed hearts with one consent and think of the people below them as if they really were companions to the grave, not some another race of creatures that set out on other journeys.

[Read: Pope Francis prepares us for the coming of Christ on Christmas]

Dickens’ first real novel, Pickwick papers, is not about Christmas, although it includes a wonderful Christmas party, full of noisy fires, candlelight, dancing and mistletoe. The scene opens with a beautiful passage about how our longing connects one Christmas with another.

Many hearts that pulsed so joyfully stopped beating; many of the glances that shone so brightly then ceased to shine; the hands we caught became cold; the eyes we sought hid their radiance in the grave; and yet the old house, the room, the cheerful voices and smiling faces, the joke, the laughter, the tiniest and trivial circumstances associated with these happy meetings, are pushed into our minds at every repeat of the season, as if the last gathering was but yesterday! Merry, merry Christmas, which can bring us back to the delusions of our childhood days; who may recall the old man the pleasures of his youth; who can transport a sailor and a passenger, thousands of miles away, to his own fire and his peaceful home!

Dickens chose charity instead of chapel, Christmas over Easter. Did he realize that melancholy adults at Christmas hint at our longing for immortality, the need of Easter for the redemption of Christmas?

We cannot restore the “misconceptions of our childhood days.” The old man cannot find “the pleasures of his youth.” Neither do we, because in Christ’s Mass every Christmas we have ever known – “hearts that pulsated so joyfully” and “looks that shone so brightly” – we are called to be saved, gathered for the resurrection meal he has given us.

When we come to the Eucharist on Christmas, we believe that time twists by itself. Christ was born today, he was baptized today, he died today, he is resurrected today.

When we come to the Eucharist on Christmas, we believe that time twists by itself. Christ was born today, he was baptized today, he died today, he is resurrected today. We move through time; Christ does not know. We return every year, but Christ and those who belong to him remain forever at Christmas. At this altar, grandparents, parents, friends, and lovers are still warmed in Christ’s candlelight. They are guests forever. We are the ones who are still doomed to wander back into the cold, dark night of time.

Christmas without Christ’s Mass is doomed to melancholy, but at the Eucharist saints of all ages are invited to Bethlehem. There is no true past or real future here. There is only Christmas.

For today in the city of David
for you a Savior was born who is Christ and Lord (Luke 2:11).