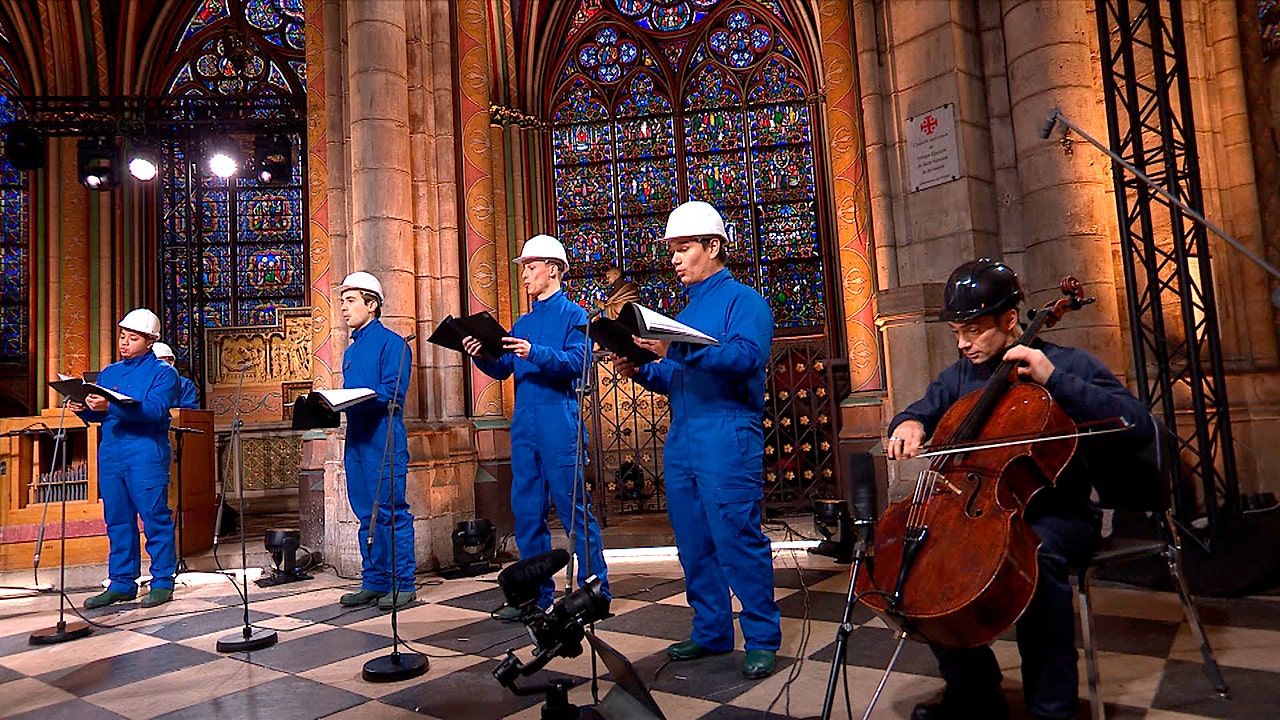 PARIS – Wearing protective helmets and coveralls, members of the Notre Dame Cathedral choir sang within the medieval Paris landmark for the first time since last year’s devastating fire for a special concert on Christmas Eve.

Accompanied by an acclaimed cellist and a rented organ, the singers performed under the stained glass windows of the cathedral amid the darkened church, which is no longer a dangerous and precarious cleaning operation to become a major reconstruction site. The choir initially planned to bring in 20 singers, but for security reasons they were limited to eight.

The choir members distanced themselves socially in order to be able to take off the masks – which is necessary at home in France to contain the spread of the virus – and sing.

The concert – including “Silent Night” in English and French, “The Hymn of the Angels” and even “Jingle Bells” – was recorded earlier this month and was broadcast just before midnight on Thursday. The public was not allowed and is not expected to see the interiors of Notre Dame until at least 2024.

The diocese called it a “highly symbolic concert … marked with emotion and hope”, and a celebration of a “musical heritage that dates back to the Middle Ages”.

Archbishop of Paris, Monsignor Michel Aupetit, performed Christmas Eve religious services on Thursday at the Saint-Germain-l’Auxerrois Church in front of the Louvre Museum, instead of Notre Dame.

The Notre Dame choir gave 60 concerts a year inside the cathedral, but since then it has been itinerant, circulating in other Parisian churches.

The April 2019 fire consumed the cathedral’s lead roof and destroyed its tower, and it wasn’t until earlier this month that workers finally stabilized the site enough to begin reconstruction.