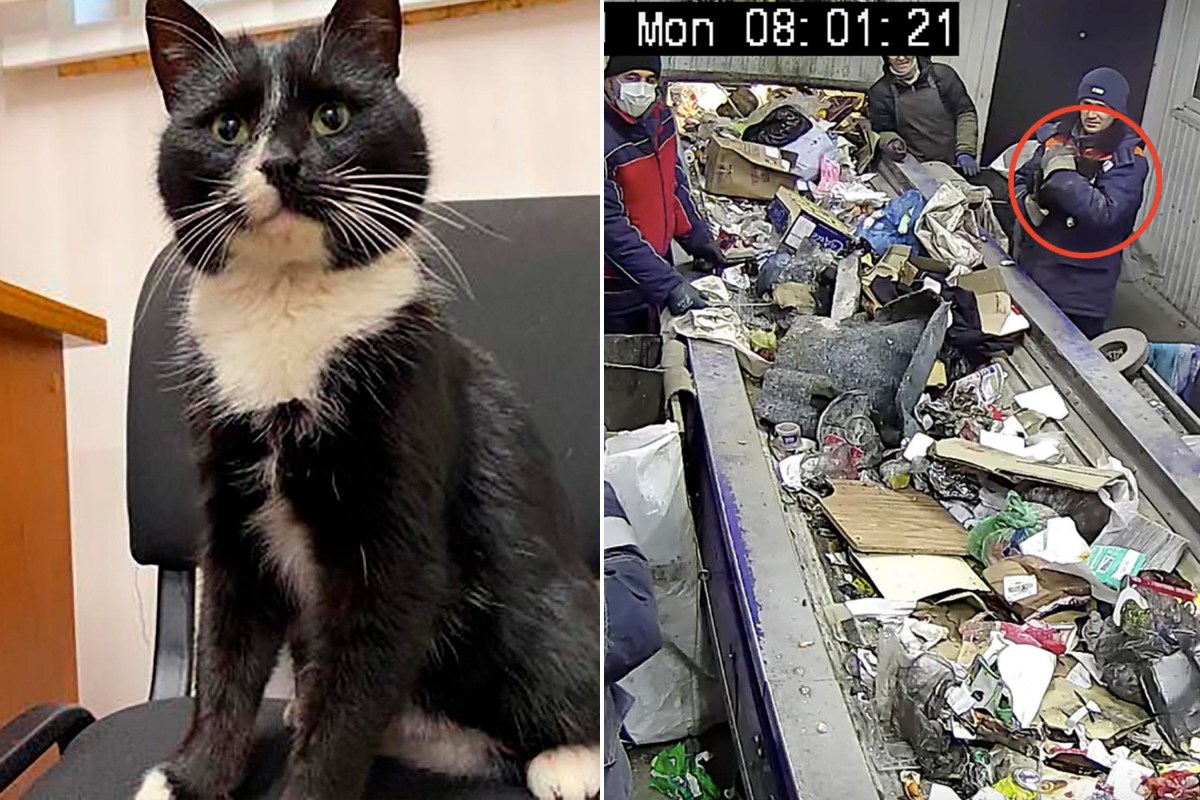 This kitten went from the trash pile to the top cat!

A domestic cat rescued from a garbage bag seconds before dying at a Russian waste processing plant has been named an honorary assistant to the regional environment minister, according to the Moscow Times.

Video recording captured earlier this week at the factory in the Ulyanovsk region of Russia, it shows workers sorting out trash along a conveyor belt when someone has the surprise of a lifetime.

“The cat was not meowing and the bag was not moving,” worker Mikhail Tukash told local television. “I needed to cut the bag to filter the metals. I was just doing my job. “

The video shows Tukash tearing up his bag to find the black and white cat, which he showed to his confused co-workers while comforting him.

If the cat had remained on the treadmill, he would be seconds away from exhausting all of his nine lives, the Moscow Times reported, citing the plant’s director.

“We are taking the cat to our ministry and all employees will take responsibility for it,” said the region’s environment minister, Gulnara Rakhmatulina, according to the report.

The kitten – who will be nominated through a contest – will serve as an honorary deputy in charge of wildlife protection.

Tukash and the factory director were also honored with letters of thanks.

The vets who examined the rebel cat found that it was healthy, well-fed and probably domestic.

“If you can’t keep an animal at home, you can always donate it to a shelter,” said Rakhmatulina, addressing former owners who apparently disposed of the cat.

According to local television reports, at least three animals have already been rescued at the plant, which is about 430 miles east of Moscow: two red-eared turtles and an African hedgehog nicknamed Vezunka, the Russian word for “luck”.