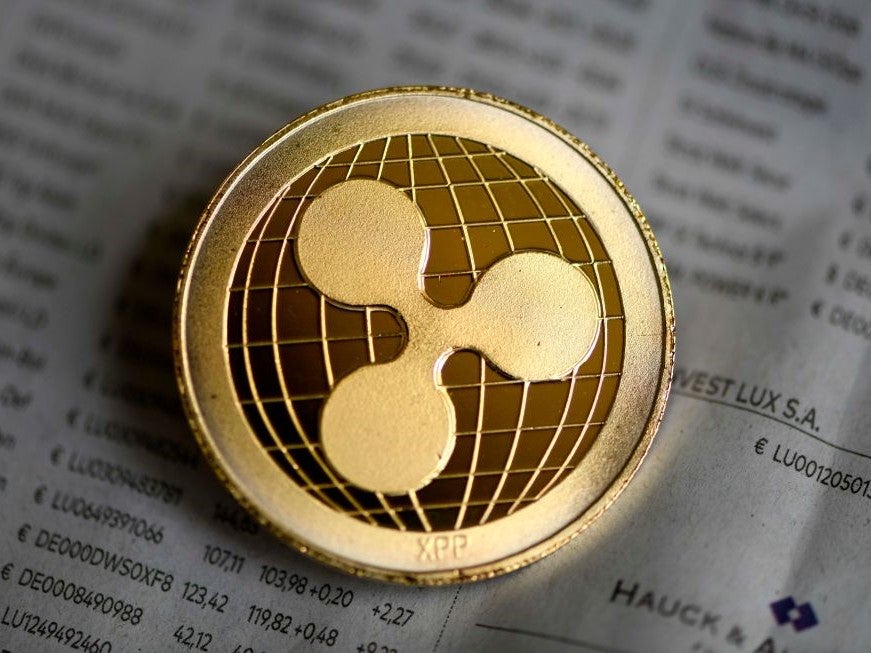 The price of the Ripple (XRP) collapsed spectacularly after U.S. regulators sued the creators of the world’s third most valuable cryptocurrency.

Bitcoin’s rival has lost a quarter of its value in the last 24 hours and more than half of its value since last week, taking its total market capitalization below $ 12 billion (£ 9 billion).

The latest price drop was accelerated by formal allegations made against Ripple by the Securities and Exchange Commission (SEC), which claimed the company’s XRP token was a traded asset, known as a security – not just a digital currency.

“We state that Ripple and its executives have failed to meet … basic investor protection provisions over the years, and as a result investors have lacked the information to which they were entitled,” said Marc Berger, deputy director of the SEC’s Enforcement Division. The SEC’s appeal was filed Monday.

No action has been taken against bitcoin, which differs significantly from XRP in that it is a decentralized cryptocurrency not issued by a company or government. U.S. regulators have previously said that bitcoin should be treated as a commodity, such as currency, gold or oil.

Ripple CEO Bradley Garlinghouse told employees earlier this week that the lawsuit made “absolutely no sense” and that the company “always tried to communicate excessively and be as transparent as possible” with regulators.

He argued that the legal action was basically based on the SEC, not realizing that XRP is a digital currency, not a stake in a company.

“To be clear, it’s all based on their illogical claim that XRP is, in their view, somehow the functional equivalent of a stock stake,” he wrote in an email across the company, which he has since shared in a blog post on Ripple’s website.

Mr Garlinghouse also called for a lack of action by the SEC against other major cryptocurrencies, particularly bitcoins and ethereum (ether). He claimed that these are “two virtual currencies controlled by China” and that the latest action will transfer innovations in the cryptocurrency industry to China.

Ethereum founder Vitalik Buterin responded to a blog post on Twitter with funny emoticons, adding: “The Ripple / XRP team seems to be sinking to a new level of unusualness.”

Others in the cryptocurrency have also criticized Ripple’s response to the allegations.

“You can’t expect to participate in an industry worth about $ 1 trillion and stay out of the regulator’s line of sight,” said Antoni Trenchev, co-founder of cryptocurrency Nexo.

“It’s important that things are done right – registering with the SEC and taking a holistic approach to regulation is the only way to ensure that we, as a crypto business, stay away from regulatory issues.”