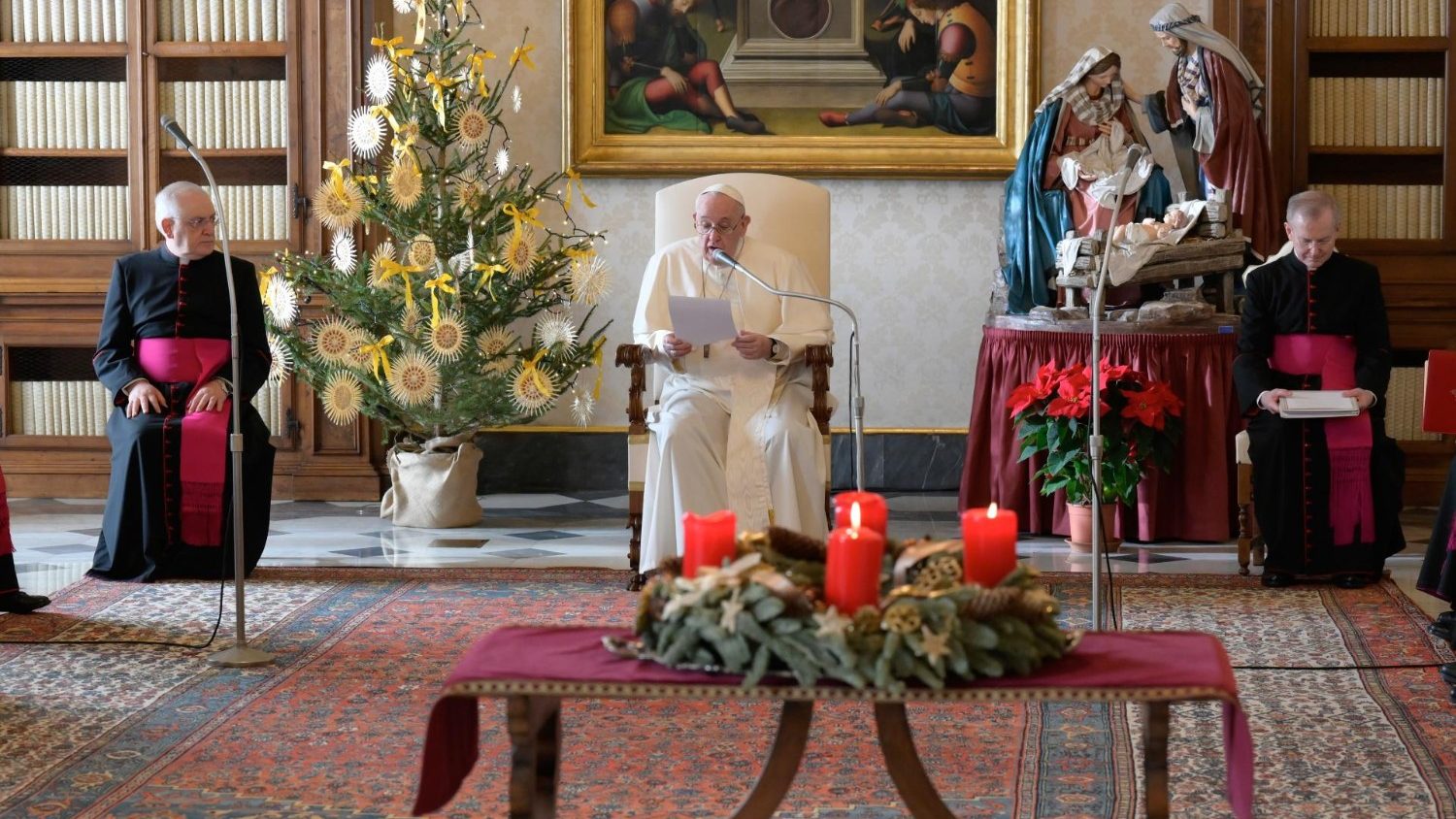 During his general audience on Wednesday, Pope Francis urges Christians to make the celebration of Jesus’ birth rich in faith, not just a sentimental or consumerist event.

Christmas teaches us that God has not despised and passed us, but has fully assumed our human nature and condition, except sin. This event gives meaning to human existence and the whole of history and can remove the pessimism generated by the pandemic. Pope Francis made a point of this week’s general audience, two days before Christmas.

The birth of Jesus, he noted, has become a universal celebration and has a charm even among people of other religions. For Christians, it is a “decisive event, an eternal fire that God has lit in the world and should not be confused with ephemeral things”. Therefore, “it is important that it is not reduced to a party that is merely sentimental or consumerist, full of gifts and good wishes, but poor in the Christian faith”.

Last Sunday, the Pope said he called attention to this problem, pointing out that consumerism “hijacked” Christmas from us. Christmas, he said, should not be reduced to a celebration merely sentimental or consumerist, rich in gifts and wishes of happiness, but poor in Christian faith and also poor in humanity. “It is necessary,” he said, “to curb a certain worldly mentality, unable to grasp the glowing core of our faith”: that is, God became man and dwelt among us.

This fact, explained the Pope, invites us to reflect on two things. On the other hand, there is the drama of history, in which men and women, wounded by sin, seek unceasingly for truth, mercy and redemption. On the other hand, there is the goodness of God, who came to us to communicate the Truth that saves us and to make us partakers of his friendship and his life, which is pure grace, nothing we deserve.

The simplicity and humanity of Christmas, said the Pope, can take from our hearts and minds the pessimism that has spread today because of the pandemic. In rediscovering and becoming aware that the humble and poor Boy, hidden and helpless, is God Himself made for us, said the Pope, we cannot allow ourselves to be dominated by defeats, failures and the feeling of unsettling perplexity.

The event of Jesus’ birth shows us that “God did not despise us, did not pass us by, was not repulsed by our misery, did not dress superficially in a body, but rather fully assumed our nature and our human condition”. “He did not he left nothing out except sin: all mankind is in him, he took everything we are, just as we are. ”This, said the Pope, is essential to understanding the Christian faith.

In this regard, he recalled the path of Saint Augustine’s conversion, which in his Confessions he narrates: “For I did not cling to my Lord Jesus Christ, I, humbled, to the Humble; nor did he know yet where his illness would lead us. “

“Jesus’ ‘sickness’,” said the Pope, “is a’ teaching ‘because it“ reveals God’s love to us ”. Christmas is the feast of Love incarnate, where Jesus Christ is the light of man who shines in darkness, giving meaning to human existence and to all history.

The Holy Father urged Christians to prepare for Christmas by meditating a little in silence before the nativity scene in the spirit of St. Francis of Assisi, letting us marvel at the “wonderful” way in which God wanted to come into the world to be reborn in us. This, he said, will revive the tenderness in us.

The Pope recalled a recent meeting with some scientists, who spoke about many things that a robot can do for a man. When he asked about something that a robot will never be able to do, they suggested several things, but in the end they agreed that a robot can never be tender. The Holy Father said: “This is what God brings us today – a wonderful way that God wanted to come into the world, and it revives in us the human tenderness that is close to the tenderness of God”. Today we need so much human tenderness and caress in the face of so much misery. “If the pandemic forced us to stay further away,” said Pope Francis, “Jesus, in the crib, shows us the path of tenderness. being close to each other, being human. “