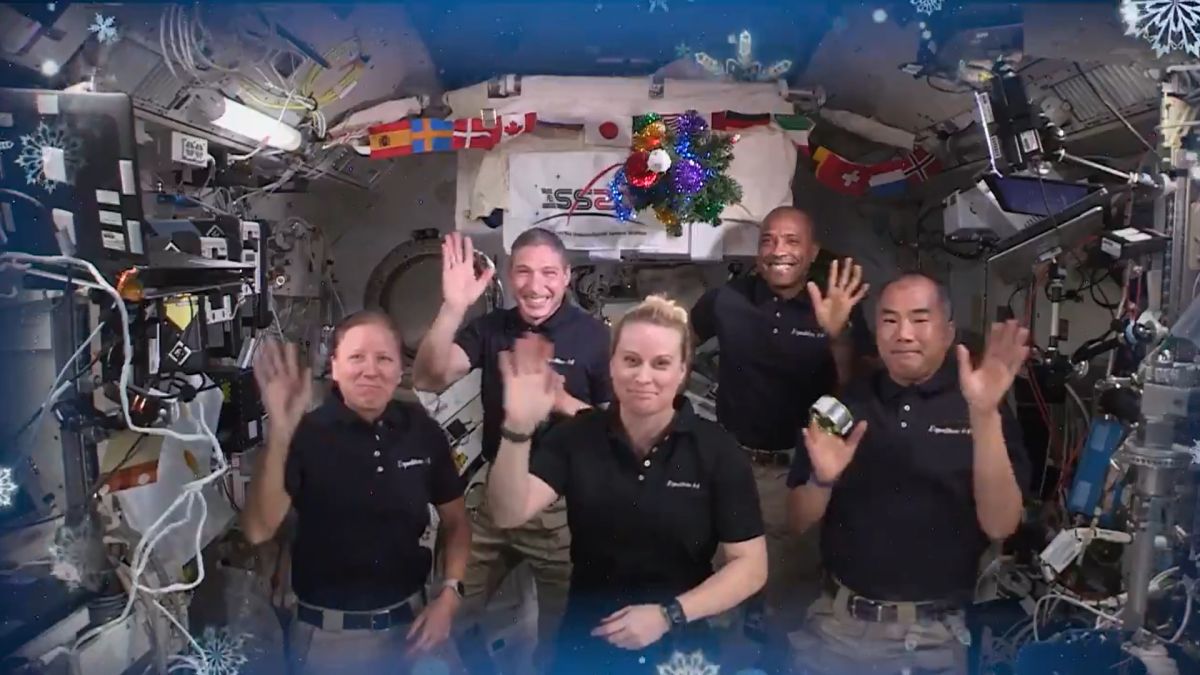 Astronauts on the International Space Station are sending Christmas news to Earth’s inhabitants with a message of hope in a year caused by a global pandemic.

All seven crew members of Expedition 64 are taking a day off in orbit to relax and probably invite friends and family, but five of them have sent home some special videos for everyone on Earth. Their message: Resistance, based on the name of the SpaceX Crew Dragon capsule that launched four astronauts into the station last month.

“We chose that name in honor of people around the world and the teams that help make our mission possible during a life-changing year,” NASA astronaut Mike Hopkins it was said in one holiday video. “We’d like to remember everyone we lost this year, too.”

Related: NORAD accompanies Santa on his journey to the International Space Station

Hopkins was launched to the station on November 16 at Crew Dragon Resilience with NASA colleagues, astronauts Victor Glover, Shannon Walker and Japan’s space research agency Soichi Noguchi. They were joined by another NASA astronaut, Kate Rubins, who was already at the station with Russian cosmonauts Sergey Ryzhikov and Sergey Kud-Sverchkov.

“There couldn’t be a more appropriate name to describe 2020,” Glover said. “The resilience of the human spirit is something we can truly celebrate in this special season.”

Astronauts Exp 64 talk about the holidays away from family and friends, show some of their gifts and challenge the Mission Control at @NASA_Johnson. pic.twitter.com/sNcssj6EioDecember 24, 2020

Walker said that while reflecting the Earth from its upper point, it is clear how connected everyone on the planet (and beyond) really is. In a separate video, she remembered what Christmas and the holidays meant to her.

“For me, that means three‘ Fs ’, family, friends and food,” Walker said.

There will certainly be festive food on the space station today. On December 6, the cargo ship SpaceX Dragon delivered a fresh supply station, including several Christmas treats for the crew.

“The crew will get some kind of Christmas food into orbit,” said then-Kenny Todd, NASA’s deputy program manager for the space station. “I don’t think it will surprise them, but also something more than that … I don’t like going out in front of Santa.”

Related: Holidays in space: a photo album of astronauts

One new item on the menu is some canned mackerel created by Japanese students at Wakasa High School in Obama, Japan, Noguchi said holding a can in one of the Christmas videos. High school girls have been working on food for years, and it was recently approved for astronauts in space, he added.

“This is a special gift from Wakasa High School,” Noguchi said. “This is a small, small can of mackerel, but a huge leap for Japanese high school girls.”

Rubins said the space station crew added bidding to their Christmas break. The astronauts covered the halls of the International Space Station with Christmas decorations made from objects they found around the spacecraft. They challenged NASA’s mission control team at the Johnson Space Center in Houston to do the same, using only the decorations in their mission control building.

“I know you challenged and just to say, embellishing control of the mission? Challenge accepted,” Scoville said. “I might have to cut this coat later and make something new out of it.”

In one of the videos, Glover showed several elegant socks printed with photos of his family.

“My family in the field is definitely in my thoughts, prayers and socks,” Glover said. “But it also makes me think about all the people who aren’t able to spend the holidays with their families.”

Glover especially thanked the members of the army and health services who work hard to maintain the safety of the public during the holidays.

“We hope you take the opportunity to celebrate the holidays before we turn the calendar into a new year with renewed hope and spirit for the future,” Noguchi said.