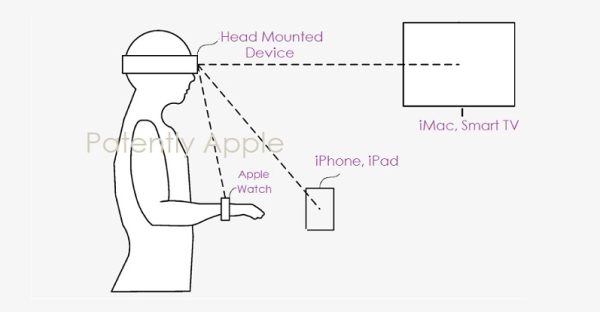 Today, the U.S. Patent and Trademark Office announced the continuation of Apple’s patent, which refers to the method of simple authentication of several user devices at once using a newly designed system for user authentication using authenticated devices.

Based on the authentication data, the immediate device identifies the user as an authenticated user and enters the unlocked state from the locked state, so that the restricted access function of the proximate device is available to the user.

The wearable head-mounted device # 222 may be functional for user authentication (# 230) and may identify the user as a verified user. For example, a wearable head device may include one or more sensors to verify the identity of the user, such as biometric sensors.

It should be borne in mind that today’s patent application published by the USPTO is the one from continuation of the patent whereby Apple is shown to update and / or add certain technologies, features, and / or methods that it seeks to legally extend, protect, and include in its granted patent that is legally permitted. Any changes and / or additions to their invention are limited to Apple’s patent claims which are legally binding.

Given that this is a continuation of the patent, the current time of release of such a product on the market is unknown.